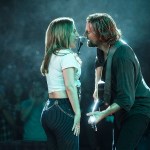 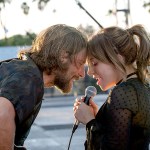 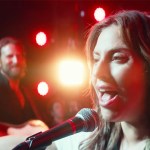 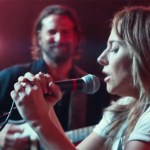 lady ggBradley Cooper and Lady Gaga were the subject of romance rumors after their Oscars performance earlier this year, and now, Gaga is setting the record straight about what was really going on.

Oprah Winfrey interview Lady Gaga for the new issue of Elle, and didn’t shy away from asking about the singer’s relationship with Bradley Cooper. The stars got extremely close after working on A Star Is Born in 2018. Then, fans began to speculate that something more might be going on between them after their undeniable chemistry while performing at the 2019 Oscars in February…even though Bradley was still in a relationship with Irina Shayk at the time. During her interview with Gaga, Oprah revealed that she had recently spent time with Bradley and brought up the dating rumors.

“He said if they had been true, he never would have been able to look at you in the eye sitting at the piano,” Oprah told Gaga. “He said his Catholic guilt would have never let him be able to look you in the eye at that piano. How did you feel about all that at the time. You handled it so well.” Like Bradley, Gaga made it clear that there was absolutely nothing romantic going on between the pair. As she’s explained in the past, the connection between them was all part of the performance.

“I mean, we made a love story,” she explained. “For me, as a performer and as an actress, of course we wanted people to believe that we were in love. And we wanted people to feel that love at the Oscars. We wanted it to go through through the lens of the camera and to every television that it was being watched on. And we worked hard on it, we worked for days. We mapped the whole thing out — it was orchestrated as a performance.”

She also admitted that she and Bradley discussed all the buzz afterward, and all it did was help them come to the conclusion that they did a “good job” with conveying exactly what they wanted to! So, although fans have long been wishing for a real-life romance between Bradley and Gaga, it looks like this relationship is remaining strictly platonic. However, both stars are single now: Just months after the Oscars, Bradley and Irina ended their relationship. Meanwhile, Gaga ended her engagement to Christian Carino at the beginning of 2019 after two years together. She had a brief fling with Dan Morton this summer, but they broke up in October.