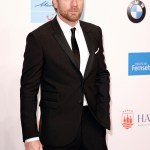 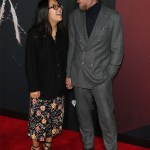 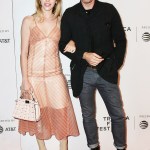 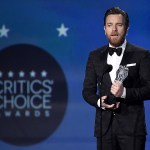 It’s been two years since Ewan McGregor left his wife of more-than-two decades, Eve Mavrakis, for his ‘Fargo’ co-star, Mary Elizabeth Winstead. Now, the ‘Star Wars’ star admits he feels ‘better’ than he’s ever been.

There was something noticeably “lighter” about Ewan McGregor, 48, according to Men’s Journal writer Mickey Rapkin, who “first met [him] five years ago.” At the time, the Doctor Sleep star was still involved with filed for divorce from his wife and mother of his children, Eve Mavrakis. Since then, he’s filed for divorce and began a relationship with Mary Elizabeth Winstead, 34. “Lighter? Today? As opposed to then?” Ewan asked the Men’s Journal writer, before acknowledging that he has changed. “I am better. I am happier. I think that’s true.”

Ewan and Eve’s 22-year-marriage fell apart in 2017. The couple reportedly separated in May, and five months later, he was spotted kissing Mary at The Good Life Eatery in St. John’s Wood, North West London. The timing of the romance raised eyebrows, as Ewan split from his wife the same month that Mary announced her break from her husband, Riley Stearns.

Months after the breakup, Ewan’s family was still stinging from the split. Esther McGregor, then 15-years-old, blasted her father in song form. In “Made You A Man,” a track she debuted on Instagram in January 2018, she tore into Ewan. “I don’t know how to forgive. I don’t know if I can. Ruining me sure made you a man…Seeing those pictures, they’re making me cry… Happy Birthday to me, am I right.”

Shortly after Esther’s song, Ewan formally filed for divorce, citing “irreconcilable differences.” He reportedly wanted joint custody of the couple’s then-three minor children. However, it seemed at the time that they didn’t want anything to do with him – or his new girlfriend. “They blame [Mary Elizabeth] for destroying their family, and they can’t forgive her,” a source EXCLUSIVELY told HollywoodLife. “It’s especially hard for Clara [McGregor] because she’s the oldest and so protective of her sisters. When she sees them hurting over this divorce, her response is to get angry and lash out at Mary Elizabeth.”

Clara seemingly called her father an “assh*le” at the start of the year. After Clara shared a picture of her mother on Instagram, someone commented, “keep her away from your boyfriends.” “Nah, I keep her away from assh*le men who leave my goddess of a mother,” replied Clara. She later clarified that she wasn’t “attacking my dad or calling him [an] assh*le. I was simply saying she deserves someone who isn’t one.”