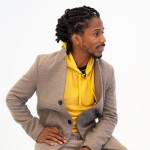 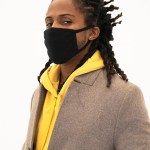 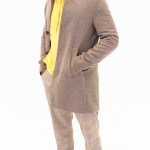 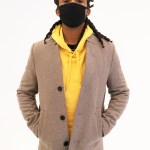 ‘Rhythm + Flow’ has crowned its first winner in D Smoke. The artist spoke EXCLUSIVE with HollywoodLife about new music, his goals for 2020, that moment with Snoop Dogg, and so much more.

A star has been born on Rhythm + Flow. After weeks of competition and his fantastic finals performance, D Smoke was announced as the Netflix show’s first-ever winner. One day after the finale, D Smoke stopped by HollywoodLife to talk about his big win and what’s next. “I am in contact with the judges [T.I., Chance the Rapper, and Cardi B]. I’m waiting to hear from Cardi. I think she was waiting for the show to air, but I’m in contact with the judges and there are some collaborations in the works.”

D Smoke’s latest EP, Inglewood High, was released on Oct. 24. He revealed it’s an “ode to my city and an ode to my high school that I went to and also taught at.” The Rhythm + Flow champion also teased that he’s also working on a 15-song project that he’ll be releasing in the future along with “many videos. We’re going to drop nearly a video a month. That’s our goal, so that’s something we can look forward to.” His “immediate goal” is to start touring.

At the moment, D Smoke said that his family is inspiring his music, as well as his teaching experience. “You get so many stories that you come across when you’re in the classroom. I feel like you can’t be successful teaching unless you’re learning from the students,” he said.

The rapper opened up about being a part of a show that’s never been done on Netflix before and what sets Rhythm + Flow apart from other music competition series. “It’s a lot more up close even down to how it’s shot. It’s just very cinematic, very personal. It being uncut, you allow people to be their true selves. To have very current artists be the judges is a whole different type of feedback. It’s not from the outside looking in. It’s from the current space in music.”

D Smoke also revealed what part of the show he struggled with the most: the early rounds. “Primarily because I’m a person that likes my space. I like to have a clear mind when it comes to approaching my creativity. When there are so many rappers in the room that just felt like…it felt like an insane asylum at times. It was just so many people spitting verses and they have this hunger, rightfully so. It’s a competitive element to this and you can just sense that urgency but that’s not the place I like to create from. As the numbers started to narrow down, then I felt like, ok, I’m more in my own zone. I’m in my space and I can do what I do best.”