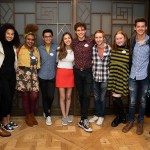 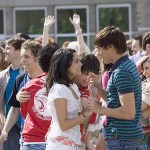 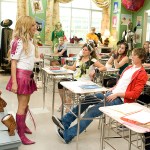 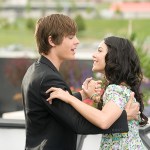 ‘High School Musical: The Musical: The Series’ is exploring a whole new crew of Wildcats. HL has an EXCLUSIVE video that introduces us to East High’s one and only E.J!

E.J. is also Nini’s new boyfriend. “E.J. is basically perfect. I can’t think of one thing I don’t like about him,” she gushes. Her ex, Ricky, is obviously not a fan. “I don’t want to talk about E.J. I’m sure he’d love to talk about himself, though,” Ricky says. E.J. admits that “what you see is what you get” with him.

The heartthrob also goes to school with his cousin, Ashlyn. “He’s actually not as self-absorbed as people think,” Ashlyn says. After she says that, she starts to think whether or not that’s really true.

The series is a new spin on the beloved High School Musical franchise. The show follows the East High drama club as they work their way to the opening night of their school’s first-ever production of High School Musical. As they work on the production, showmances blossom, old friendships are tested while new ones are made, rivalries flare, and lives are changed forever as these young people discover the transformative power that only high school theater can provide.