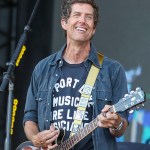 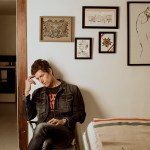 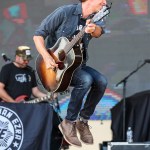 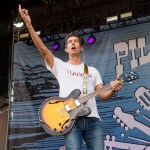 From fronting Better Than Ezra to having Taylor Swift cover his music to releasing his debut solo album, Kevin Griffin has done it all. We have the EXCLUSIVE premiere of his ‘Someone Tonight’ video and his reaction to Tay’s take on his tunes.

The music world first heard Kevin Griffin’s voice in 1995 when his band, Better Than Ezra, conquered rock radio with their hit song, “Good.” Nearly twenty-five years later, fans have been given a chance to know him better. Kevin released Anywhere You Go, his first solo debut album, on Oct. 4, ten tracks boasting the “most intimate, inimitable, and irresistible tunes” of his three-decade career. The song that might define the album is “Someone Tonight,” and HollywoodLife has the EXCLUSIVE premiere of its music video.

The stripped-down video, featuring Kevin and his band performing in a dark, featureless studio, perfectly echoes the bare-naked emotion within the song’s lyrics, of that raw need for companionship. The song itself is an entrancing slice of songwriting, deftly weaving the complicated feelings of longing during those desperate hours. It’s a song that plays on a dive bar’s jukebox before last call, prompting the few people left to search for a possible escape from having to go home alone. It’s a song that tucks itself in that dark, secret part of your heart and stays there long after the music’s done.

“I wanted to write a song about the walls we put up between each other when most of the time we’re longing for connection and love,” Kevin tells HollywoodLife. “Strangers traveling to some unknown destination was a perfect vehicle for that.”

The alternative-rock wave that lifted Better Than Ezra towards the tops of the charts receded around the turn of the century, but despite that, the band continued to sail on. They released albums Before the Robots in 2005, Paper Empire in 2009, and All Together Now in 2014. Kevin also has a successful career as a songwriter, helping write and co-write tracks for Sugarland, Howie Day, Debbie Harry, Train, and Taylor Swift. Taylor covered Better Than Ezra’s “Breathless” for the Hope For Haiti Now benefit compilation, and she also took their song, “Our Last Night,” out for a spin.

“It’s always a thrill when an artist the size of Taylor Swift decides to cover and even record one your songs,” Kevin tells HollywoodLife EXCLUSIVELY. “I remember seeing the streaming numbers for ‘Our Last Night’ and ‘Breathless,’ which weren’t singles and wondering why are these songs going through the roof. Then I heard Taylor was performing them live, and I was like, ‘well, there you go…thanks, Taylor!’ “

Fans can listen to the voice behind the original version. Kevin’s Anywhere You Go Tour takes him throughout the United States until the end of the year. He’ll conclude 2019 with an appearance at the Maui Songwriters Festival in Lahaina, Hawaii.

Anywhere You Go is out now.