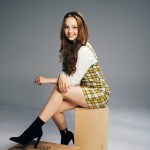 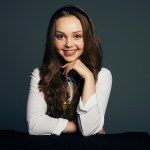 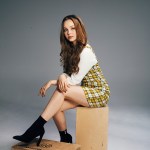 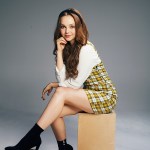 Watching young actress Savannah May on the small screen isn’t new to anyone around her, but the pressure sure was on to nail down those cheerleading moves in her newest film!

Catching the acting bug at the tender age of 4, Savannah May, 19, quickly found her love of being on stage starring with her family in a musical. Hailing from Sugarland, Texas, the teen now calls LA home where she’s starred in several Nickelodeon shows including School of Rock and Knight Squad. The actress also appeared in Disney’s Bizaardvark and she’s showing no signs of slowing down! HollywoodLife sat down EXCLUSIVELY with the rising star to get the tea on what it was like working with Real Housewives of Beverly Hills star Denise Richards, who plays her on-screen mom on Lifetime Channels’ The Secret Lives of Cheerleaders.

HollywoodLife: Why did you want to do this movie?

Savannah May: I’ve always wanted to do a movie that was super intense and dramatic, but also something that the whole family could also watch. And I feel like that’s what this movie really captures. It’s about friendship. It’s about standing up for yourself. It’s about having confidence and being strong young females. So that’s something that I really connected with.
HollywoodLife: What was it like working with Denise Richards?

Savannah May: It was so cool. I didn’t even know she was playing my mom until the first day of filming. I got the call sheet and it said Candice, Denise Richards, and I was like, wait a minute, that can’t be right. It was so cool. I was mainly excited because I’m a huge Friends fan and I remember her when she gets hurt on the episode as Ross and Monica’s cousin and I just like can envision her like that. So I was so thrilled and the first scene I was filming was with her, so totally not nerve wracking at all.But I got into the car and we were sitting there ready to do the scene and she goes, “Hi, I’m Denise, it’s so nice to meet you. Can we run the scene a couple of times just so we can get a feel for it?” And she was just like one of the sweetest people I’ve ever worked with.

HollywoodLife: Was she filming Real Housewives while you guys were on set?

Savannah May: I think she was because the thing is, she only had so many scenes in the movie, but we had to film them all within about a four day kind of time span. And so even though there were all these different scenes she was in, we had to do it within a certain time limit. And I think that was her few days off of filming Housewives.

HollywoodLife: What kind of mom is she?

Savannah May: She’s very overly ambitious. You know, she grew up a cheerleader and she loved being on the cheer squad. I get Ava’s character. She grew up dancing and so cheer is a whole ‘nother realm for her. She didn’t even really want to try out for cheer, but she does because Candice, Denise’s character really wants her to, and she’s like, “You’ve got this, you can do it. They don’t have a dance team, but if you just try out for cheer, you’re going to have so much fun. I know it.” So she’s just very supportive of her. But kind of pushing her to do this whole cheer thing.

HollywoodLife: Were you a cheerleader ever?
Savannah May: I was not. I wasn’t a real one. I played a cheerleader in a musical. We did Bring It On the musical in my theater company, TUTS in downtown Houston. And so I played a cheerleader back then and I was actually a flyer and we had a cheer booty camp. And so for two weeks we just learned all these different crazy advanced stunts. And so I learned how to like flip in the air and do all these kinds of stuff. But with the movie, they’re like, “That’s a little too risky. We don’t want to get you guys hurt at all so we’re not gonna do that.”

HollywoodLife: Any itch to be a cheerleader after filming this film?

Savannah May: There’s so much dedication and hard work that goes into it. I mean like I’d probably have to put all of this and acting and everything on the back burner just because if I wanted to be a part of it, I want to be able to make sure I put 210% into it. I mean, it was really fun getting to perform for a pep rally with all these kids, even though they were extras and they’re supposed to be like, “Yeah, you’re doing so great.” It was just really fun to perform in front of all of them.