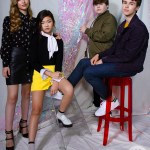 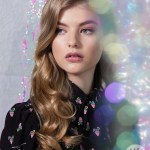 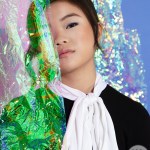 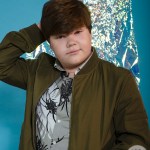 The Midnight Society is making a comeback. ‘Are You Afraid of the Dark?’ is returning as a limited series and HL sat down with the cast to talk about nostalgia, their characters, and, yes, a bear on set.

The ’90s cult classic Are You Afraid of the Dark? is returning with a three-part limited series that’s been reimagined for a new generation starting on Oct. 11. The episodes will explore an entirely new Midnight Society. The group will witness their terrifying tale about the Carnival of Doom and its evil ringmaster Mr. Tophat come to life before their eyes. HollywoodLife spoke EXCLUSIVELY with cast members Lyliana Wray, Sam Ashe Arnold, Miya Cech, and Jeremy Ray Taylor during New York Comic Con about the exciting series and being a part of The Midnight Society.

Lyliana plays Rachel, the new girl in town. “She is a little shy and awkward and quirky but she’s a very talented artist as well,” Lyliana told HollywoodLife. “Throughout the 3 episodes, she gets to grow as a person through The Midnight Society and through her storytelling.” Sam reveals that Gavin is a “geeky jock who has a lot of love in his heart for his friends.” Miya plays Akiko, who is an aspiring director. “She’s very no-nonsense,” Miya admits. “She’s a very strong character.” Jeremy stars as Graham, who is a total germaphobe. “He’s scared of absolutely everything,” Jeremy reveals. “He’s a vintage horror movie lover and aspiring composer. But in the end, he’d do anything for his friends.”

The group also teased what to expect over the course of the 3 episodes. “Expect it to be scary, obviously,” Miya said. “I think for each of the 3 episodes, you can expect some comedy, some horror, and some really nice teamwork.” Lyliana added that the core of the show is about “teamwork, friendship, and family.”

The limited series will definitely include nods to the original series, which ran from 1990 to 1996 and then again from 1999 to 2000. “The original watchers of Are You Afraid of the Dark? will love this one because it’s a different take, but you’ll still feel the nostalgia of The Midnight Society and there will be lots of throwbacks and nods to the original,” Jeremy revealed. Sam also noted, “We get to explore more of these kids’ lives a lot more than in the original, which I think is very exciting.” Lyliana stressed that “overcoming fears” is a major aspect of the show. “Throughout the 3 episodes, each person has something they’re scared of, but in the end get to face it together,” she said.

Almost the entire shoot was done at night. The campfire scenes were filmed in the actual woods. Filming was even scarier than they even originally intended. “There was a bear on set,” Miya revealed. “It was scary… It was terrifying.” Production had to use a laser to make sure the bear steered clear of filming!

All 4 cast members were born well after the show was on the air. “My mom was really into it,” Miya said. “She was really into the series and showed me some clips when I got the test offer and I actually really liked it.” Lyliana didn’t know about the original show before auditioning but got to see some of it after she was cast. “It was definitely a lot spookier than I expected it to be,” she said. The same goes for Jeremy for Sam. Jeremy’s sister-in-law is a “giant fan” of the original series and Sam heard about “people’s fond memories of the original” after he’d booked the show. Are You Afraid of the Dark? will debut Oct. 11 at 7:00 p.m. ET on Nickelodeon, with parts two and three to follow Oct. 18, and Oct. 25.