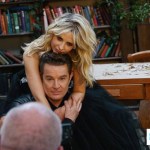 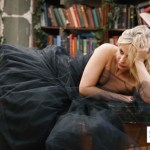 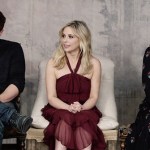 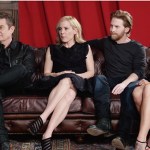 Believe it or not, it’s already been 20 years since ‘Angel’ premiered on The WB, and HollywoodLife recently spoke to series star Julie Benz, EXCLUSIVELY, about a possible revival or reboot.

Today, Oct. 5, marks the 20th anniversary of Angel, and given the fact that it’s been two decades since the show premiered on The WB in 1999, it makes us miss the series even more than we already did. Especially because so many shows from that era are currently being rebooted or revived (Will & Grace, Roseanne… heck, even Buffy the Vampire Slayer) — so is it possible that Angel could soon face the same fate? We certainly hope so. But we also took the opportunity to ask series star Julie Benz, 47, about a possible reboot or revival, and her answer gave us a little bit of hope.

“I do keep in touch with a lot of the [Angel]cast,” the actress, who played vampire Darla on both Buffy and Angel, told us EXCLUSIVELY. “We just had a like a 20-year reunion with a lot of cast members in Portland in February and it was a lot of fun to see everybody. Everyone still looks the same. I don’t know how they do it. We all look the same! I think we’re all vampires for real. But, I would love to do a reboot of Buffy and Angel. I would love to play Darla again as an older woman with more experience as an actress to see if I could, no pun intended, sink my teeth into the role and see what else I could bring to her.”

And while that certainly excited us, Julie also said a reboot might be something we shouldn’t hold our breath for. “Who knows if it’ll ever happen,” she said, as she further explained, “David [Boreanaz] is just a working machine, going from one series to the next. I think [his busy career] has a lot to do with [one not happening yet].” However, she did also share some good news, even if we already knew about it: “I did hear there’s a [Buffy] reboot happening that [series creator] Joss [Whedon] is doing with a younger cast.”

Angel aired for 5 seasons on The WB between Oct. 1999 and May 2004. Its predecessor, Buffy the Vampire Slayer ran for 7 season on both The WB and UPN between March 1997 and May 2003. Following Julie’s role on both series, she famously played Rita Bennett on Showtime’s Dexter.