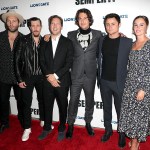 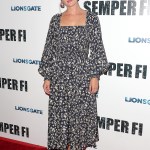 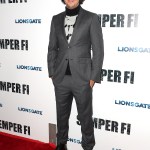 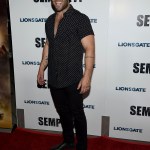 Leighton Meester is one of the stars of the all-new movie ‘Semper Fi.’ HL spoke EXCLUSIVELY with the actress about what was ‘exciting’ and ‘fun’ about the role of Clara.

Semper Fi follows a police officer who serves in the Marine Corps Reserves and is faced with an ethical dilemma when it comes to helping his brother in prison. Semper Fi stars Nat Wolff, Jai Courtney, Finn Wittrock, and Leighton Meester. Leighton plays the role of Clara. Semper Fi is Leighton’s first film in a few years after focusing primarily on TV. HollywoodLife talked EXCLUSIVELY with Leighton about what stood out about the role of Clara that made her want to dive into this role.

“It was really the character,” Leighton told HollywoodLife at the Sept. 24 premiere of Semper Fi. “I really like that she had sort of a no-nonsense, gutsy resolve. She’s from a small town, but she made it out in a way that her closest friends and family really haven’t. And yet she’s sort of drawn back in by what she loves about it in the first place and the people she grew up with and the support she finds there. I was really excited about working with all of the actors and with Henry [Alex Rubin], and of course, working in New Orleans and the fact that it is a really fun action film as well. But really in my scenes, I got to dig in and have so much fun with the other actors.

“Semper Fi is the motto of the U.S. Marines, and means ‘always faithful,'” the director said in a statement about the film. “That motto also applies in deep friendships, where you are incapable of betraying each other, and stand up for each other no matter the pressure. If you’ve got just one person like that in your life, you’re lucky.” Semper Fi will be available in theaters, On Demand, and Digital HD on Oct. 4.