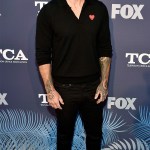 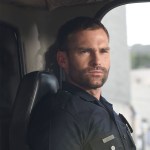 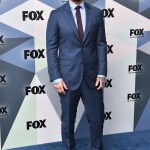 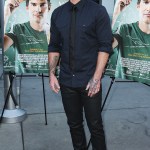 Actor Seann William Scott tied the knot in September, and his wife’s identity has been revealed: The ‘American Pie’ star is married to interior designer Olivia Korenberg!

Fans were shocked to find out that Seann William Scott, who had just revealed he was dating someone special, actually tied the knot in secret. The lucky woman is Olivia Korenberg, 31, a Los Angeles-based interior designer who stole the 42-year-old American Pie star’s heart, Seann’s rep has confirmed to HollywoodLife. As we find out more about Seann’s stealthy wedding and relationship, let’s learn more about the blushing bride herself:

1. She started her own interior design company. Olivia, who has an MA in interior design from UCLA, co-founded Twofold LA with friend Jenn Pablo in 2011. “Twofold LA is a client-centered boutique firm offering services in interior + event design and production. Through Jenn and Olivia’s extensive experience with residential design, commercial design and project management, they warmly tend to each of their client’s needs with a traditional project management method bearing in mind the importance of aesthetics, form and function,” reads the company’s website. Olivia left the company, where she served as principal designer, in mid-August 2019.

“At 23 years old I had no idea the extent to which running a business would stretch and challenge me both professionally and personally. I am so proud of what has been accomplished in this past near decade and am excited to see where Jenn Pablo takes Twofold LA in this next phase. I am looking forward to seeing what the future holds,” she wrote on Instagram after announcing her departure. It’s unclear what she’s doing now, professionally.

2. She married Seann in September 2019. There are no details available about Seann and Olivia’s wedding, save for that it happened sometime in mid-September 2019. We’re looking forward to finding out more, soon.

3. Seann said he was “dating somebody” just weeks ago. Seann cheerfully told US Weekly in a September 11 interview that he was dating a wonderful woman, but didn’t name names. He explained that he is just “a pretty private person” and wouldn’t comment on something like that. “She’s a great girl,” the Lethal Weapon star said, adding that he’s “super happy” in the relationship.

4. She said in an interview that she had a bumpy road to success. “I’m not sure there is such thing as a smooth road when starting your own business. While we had excellent models from previous firms to build upon you are always going to be in a sense re-inventing the wheel so as to create processes that works with your own philosophy,” Olivia told Voyage LA in May 2017.

5. She revealed some details about herself in a Q&A with Liberty: Olivia’s favorite album? Elliot Smith‘s XO. Favorite food? “Freshly baked baguettes and Gianduja by Leonidas Chocolates. Favorite book? The Stranger, by Albert Camus. And if she weren’t in the interior design field, she said she’d like to be a documentary filmmaker. Maybe we’ll see something from her soon.