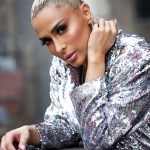 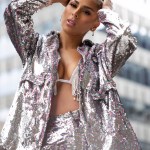 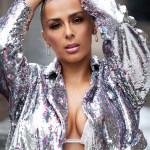 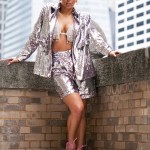 Singer Veronica Vega reveals to HL the inclusive inspiration behind her latest collab with Quavo!

You might know Veronica Vega from Love & Hip-Hop: Miami, but now, she’s taking her career into her own hands and releasing music she loves with incredible collaborators. Most recently, Vega dropped her track “A Million,” featuring Quavo of Migos and it has continued to be a top-trending song and video, with over 10 million views on YouTube. “Seeing that it’s growing and continuing to grow rapidly makes me happy. I’m not too shocked because I thought Quavo was going to help me get these views!” the stunning singer revealed to HollywoodLife in an EXCLUSIVE interview. “I keep up with it because I’m nosy and I want to know if it keeps going up, but I’m grateful for sure. I’m so happy that people like it.”

It’s not lost on Vega that the lyrics sound as though a woman is trying to hit on another woman, but the Miami-based singer explained that she’s actually talking to herself. “For me, it was about celebrating yourself. Instead of being conceited, it’s confident, and that’s the reason I wanted to do it,” she said. “That’s why at the end of the video, we have a runway with members from the LGBTQ community, people of different colors, races, backgrounds — it’s a celebration of who you are and being proud of who you are.”

The song, Veronica explained, makes her feel “like a superstar.” “I think all superstars are positive. Anyone who really supersedes, excels, really shines bright, more than likely they are always positive people,” she gushed. “This song makes me feel like I reached another level in my career.”

The former reality star also teased new music on the way, and revealed her visuals will continue to be top-notch. “I’m working on a complete project, a body of work, but I don’t have a timeline for it because I want to take my time and make sure that it’s right. I feel like people are expecting something really magical, and I want to make sure I deliver that,” she said, adding, “I think of the concept and vision almost before the song is created. I’ve fallen into the ‘visual artist category’ somehow, and people expect it. For me not to be visually-driven would not only hinder my artistry, but it would also not be as satisfying for my fans.”

We can wait to see what Vega has in store for us! In the meantime, make sure to stream her hit “A Million,” and watch the video on YouTube!