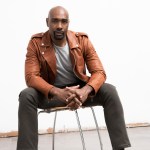 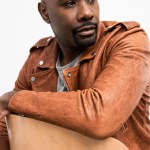 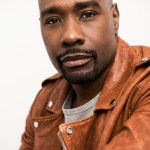 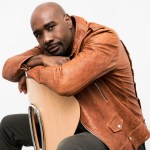 There’s a new doctor checking in on ‘The Resident’ in season 3. Morris Chestnut spoke with HollywoodLife EXCLUSIVELY about joining the show for season 3, what we can expect from Dr. Barrett Cain, and more.

Dr. Barrett Cain is going to make a grand entrance in the season 3 premiere of The Resident. Morris Chestnut has joined hit medical drama as a hot-shot doctor who is very good at what he does. HollywoodLife sat down EXCLUSIVELY with Morris to get the scoop on his character. “He’s a lot different than I am,” Morris said. “He almost has a God complex and he’s very egotistical and manipulative.” Chastain Park Memorial Hospital has a “very established staff” and Dr. Cain knows that. “He knows that he’s going to shake things up there,” Morris teased.

While Dr. Cain is great at his job, he has a different approach to his patients than Conrad, Kitt, and the rest of the Chastain doctors. “For instance, if a patient comes in and a patient can have two different types of surgeries — one very invasive and one not as invasive — he wouldn’t even give them the option of getting a surgery that would be less money,” Morris continued. “He would just tell them and recommend that they should do the major surgeries. But he’s very good at what he does. It’s just that he borders on the lines of morality.”

Don’t expect for Cain to have many allies at Chastain, at least not at first. “He doesn’t mind that because he’s out there on his own. He’s a bad boy. He just goes out and does his thing,” Morris said. While it hasn’t happened yet, Morris knows that a confrontation with Conrad is inevitable. “There’s going to come a time when he does go toe-to-toe with Conrad I’m sure,” Morris told HollywoodLife. “He’s already battling Dr. Voss a little bit and he has some challenges with Bell a little bit, but I think everything’s going to be at his apex when he goes head-to-head with Conrad.”

Morris explained Cain’s character and why he pushes people to their limits. “I think that he definitely does go toe-to-toe just to see where people are. I think he tests people’s strength and tests their weaknesses. Whoever pushes back, he knows there’s going to be a problem. Whoever doesn’t push back, he’s kind of trying to feel them out and see if they can be an ally down the line.” The Resident season 3 airs Tuesdays at 8 p.m. on FOX.