It’s a battle of the momagers! Kris Jenner and Yolanda Hadid are the powerhouse, modern matriarchs of their respective families. But, the famous duo pose as members of another powerful family in a new photoshoot by Harper’s Bazaar, published on September 19.

Kris, 63, and Yolanda, 55, portray archenemies Alexis and Krystle Carrington in the magazine’s October issue to recreate iconic scenes from the 1980s prime-time soap opera, Dynasty. Yolanda takes on Linda Evans‘ role of Krystle Carrington against Kris, who portrays Joan Collins‘ cutthroat character, Alexis Carrington. The veteran momagers, dressed in sparkling gowns with shoulder pads, face off in dueling photos — one of which shows them battling in a pool while fully clothed. Another displays the two arguing over the balcony of a lavish mansion.

In the accompanying interview, the Keeping Up With the Kardashians star and the former supermodel are far from enemies. The Kardashian-Jenner and Hadid families are known friends in Hollywood, as Kris and Yolanda’s model daughters, Kendall and Gigi, not only work together, but are also best friends. “There’s a bond there between the families,” Yolanda told the magazine. 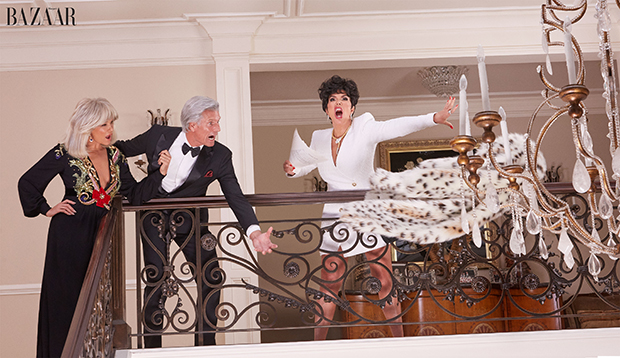 “As a woman, I think it’s important to shine a bright light on other women,” Kris added. 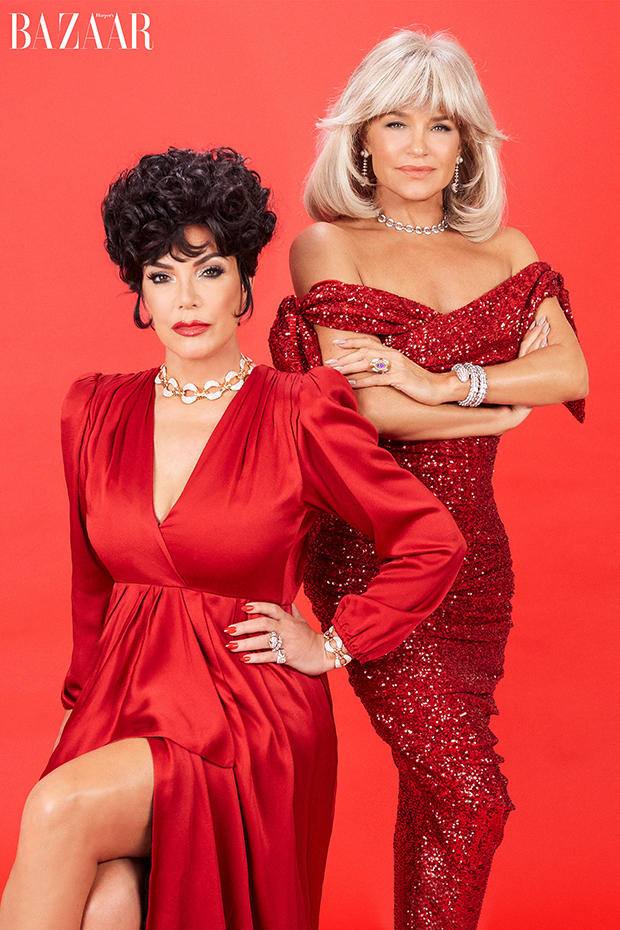 While both Kris and Yolanda confessed to being big fans of Dynasty, the same can’t be said for some of their famous brood.

Kris recalled the time when daughter, Kim Kardashian called her mid-shoot with the magazine. She admitted that she had gushed about being dressed as villain, Alexis Carrington, but got a lackluster reaction from Kim. “Mom, I’m sorry. I don’t know who that is,” Kim said to Kris.

Although Kim is unaware of Dynasty‘s immense popularity, Kris shared memories of when the show hit the small screen. “I remember when Dynasty first aired,” she said. “I watched every episode. Two women getting down and dirty, throwing each other in the pool? It was hugely entertaining.”

Yolanda also gushed that Dynasty was “the first American TV show I ever watched. I must’ve been 15 or so, and I was like, ‘Oh, my God! The women in America are so glamorous.’ And Krystle was my favorite. It’s really funny that I get to play her.”