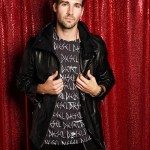 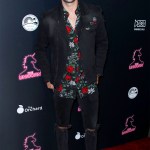 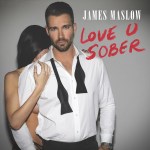 James Maslow has a big new sound. The Big Time Rush singer teamed up with Eugene Ugorski to form LTX, and this new EDM duo gave us an EXCLUSIVE performance before talking about their hot new song!

James Maslow has long left his time as part of Big Time Rush – the best-selling pop group featured in the Nickelodeon series of the same name – in his rearview. He’s appeared on our screens by competing on Dancing With The Stars and Celebrity Big Brother. He’s also climbed the charts as a solo artist with pop singles like “Delirious” and “Love U Sober.” While he’s managed to achieve success as a solo artist, James’s new venture sees him team up with his best friend, producer/collaborator Eugene Ugorski. Together, they are LTX, and it won’t be long before they’ve conquered the music world.

The group made its presence known in a big way, with its first single, “Did You Forget.” The electronic dance track is perfect to blast throughout night clubs – and it’s even better when performing intimately EXCLUSIVELY for HollywoodLife. The two played their new song for us and spoke to HollywoodLife about why they decided to form an EDM band, what some might get wrong about EDM and which producer they’d love to work with next.

HollywoodLife: Let’s get into it, guys. First of all, really, really liked that. That was awesome.

James Maslow: Thank you. That the original. It’s very different. Compare the two. I think it’ll be fun.

JM: Just been keeping everything going and trying to build every vertical, if you will, to enjoy my life as much as possible and keep living my dream. That’s kind of transcended from, well, what I was doing then to now I’m really getting to do on the film and TV side the movies that I want. I mean, I have four movies in the can, from a Lionsgate project called My Boyfriend’s Meds that’s hitting theaters February 21, which is incredible, to a huge action World War II film called Wolf Hound that I’m leading.

That side is incredible, then doing some hosting. Got my show called The Big Stage on the CW right now. Actually, I just performed a couple of original songs. But then, frankly, the most exciting part, which is why Eugene and I are here together today as LTX is we’re dropping a project that he and I have been talking about for over a decade.

Been best friends for about 13 years now. He’s become one of the most accomplished instrumentalists and producers in the world. Just an example for those guys who don’t know Eugene Ugorski here, I got to see him perform when we were 17. He sold out the Hollywood Bowl as the violinist with the L.A. Philharmonic backing him up. I think it’s one of the smaller shows on that tour you did.

JM: Still, incredible. I only say that to say humbly I’m just so grateful not only to have my best friend with me every day now doing this, but the music we’re creating is incredible, in large part to this dude’s talent. We’re just launching something we’ve been working on for a long, long time now.

HL: What inspired you to start an EDM group?

JM: We both have always loved that field.

EU: As a producer, that’s where I come from. I spent a third of my life living in sort of the Mecca of EDM. Dutch music culture is dominated by EDM. That’s where I spent many years ghost-producing and just kind of honing that in. Once I made the move back to the States, it just felt organic to do that. This is all very cohesive. None of this is forced or anything. Also because it allows us to do multi-genre under the umbrella of EDM because EDM is really just, it really doesn’t–

JM: Sure. As long as it’s danceable and exciting. There are so many different types of music.

EU: There are so many different types of EDM these days anyway. We can do that all under that umbrella. Plus, the deejaying aspect and the nightlife aspect-

JM: Who needed another aspect that’s going and traveling the world with my best friends?

HL: And what was the main motivation behind “Did You Forget?”

JM: Ultimately, in all sincerity, “Did You Forget?” is a song about hope. Because even though the song talks about like, “Hey, did you forget how much we’ve been through and how much love we had?” It’s still hopeful that like, “Hey, can we make this work?” This was written at the end of one of my relationships where I kept going through this in my own head. What can we do differently, but more importantly, why are we even fighting? We’ve done so much for each other. There’s been so much love and I’m sitting there going, “Did you forget? Have you forgotten everything we’ve been through? Why are we here?” Ultimately, that wasn’t the right relationship for me, but I am grateful to have created the song with Eugene, who helped me through that whole thing, to be here now and to hopefully not repeat those mistakes. It’s a lot of hope for… In the future, I just want to be so appreciative of everybody in the relationship, what they do, what I do, and just focus on the positivity and the good.

HL: Some people, when they hear the letters EDM, they think of the wubs of American dubstep. Are you looking to change the general public’s perception with LTX?

EU: The wub thing is not really that dominant anymore in the EDM sphere now, honestly. Although Skrillex is coming back with his new album after like a six-year absence, so you never know. It could come back.

JM: This is our first song. We’ve got a whole lot more music already, ready to go. It is a huge variety of music that we like to think was within this EDM scope, but some of it is far more pop, some of it’s far more electronic. We are excited to see what fans think. This is the music that we enjoy listening to, so we hope that people feel the same way.

HL: Which DJs, producers would you give an eye work with?

JM: People out there right now? I know him and I are both fans of Madeon and Porter Robinson. Pretty talented DJs.

EU: Yeah, I love those guys.

JM: Who else out there? Nadia?

EU: I think the ones that are also the less mainstream. There are always the underground guys. Obviously, the usual suspects. Zedd, all these guys, they’re awesome.

JM: I’d say, because especially with his background, we both just really respect musicality. There are certain DJs that are more than just the celebrity. That’s cool. I’m a fan of some of them as well because it’s fun to go to a club and watch them go crazy, and that’s what they do. But I think we definitely have a little bit more respect for those who are playing their own instruments, producing their own tracks, all the stuff that we’re doing with it. Probably collab with… that’s, I think, why Porter and Madeon are among my first two, because they do that stuff, too.