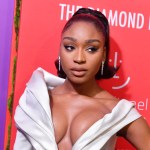 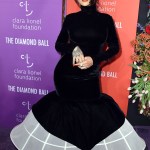 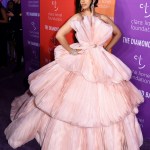 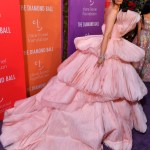 Rihanna’s fans believe she might be pregnant after she gave a cryptic interview at her fifth annual Diamond Ball.

Rihanna is the latest celebrity to stir up pregnancy rumors after saying something cryptic in an interview (that was largely taken out of context). The singer, 31, hosted her fifth annual Diamond Ball on Sept. 12 and answered reporters’ questions on the red carpet. While speaking with Essence she said she is “going to give birth to a black woman.” Cue the massive Twitter trend “Rihanna is pregnant.”

While there’s no official confirmation that the Fenty Beauty founder is expecting a child right now, fans couldn’t help but freak out about the possibility. “So Rihanna is pregnant and i’m not the child? i hate this life,” @themunalisa_ tweeted. Another fan, @DrOtaku2, posted the interview alongside the caption,”Ok, so Rihanna is pregnant actually for real! She said “I’m gonna give birth to a black woman” RIP next album, hello lil RiRi.”

@badgalriri on Black women: “We are impeccable. We’re special and the world is just going to have to deal with that.” #DiamondBall Tap the 🔗in bio for more.

Other fans pointed out that the “Wild Thoughts” hitmaker was spotted with a glass of champagne during the Diamond Ball, so she might not be pregnant after all.

Rihanna with her champagne: pic.twitter.com/xxKWukM3rx

But there are other things to consider. Members of the Navy expressed concern that a pregnancy would mean they have to wait even longer for RiRi to drop new music. “Rihanna is PREGNANT??? Oh we sure as hell not getting an album now,” @saltyrodent_ tweeted alongside a meme of someone saying, “It went from worse to worser.” HollywoodLife reached out to Rihanna’s representative for comment.