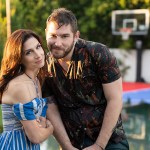 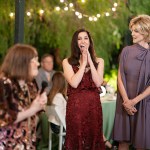 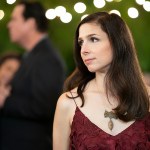 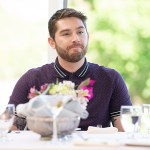 Austin Nichols has joined the cast of ‘This Close’ for season 2 and the actor spoke with HollywoodLife EXCLUSIVELY about his character, how he prepared for the role, and more.

SundanceTV’s groundbreaking series is back. This Close returns for season 2 on Sept. 12 and HollywoodLife got the EXCLUSIVE scoop from Austin Nichols, who has joined the show as Shoshannah’s ex-boyfriend, Shep. Austin opened up about he got the role and said he had to learn to sign as “quickly as possible” before filming his episodes. He admitted it was a “real challenge” to learn but it was “super fun” to “engage” a new part of his brain. Austin teased how Shep enters the world of This Close and what we can expect from his arc.

How did this opportunity come about for you?
Austin Nichols: I was lucky enough to get a call. I’m not entirely sure how they came to think of me. I think Shoshannah told me that she was presented with a list. I think she’d seen something I’d done before and she loved the idea. So that’s kind of how it happened, and I was so thrilled to get the call. One thing that I think is so important to tell people about this show is that, as someone who is ignorant and didn’t have any experience with the deaf community, I said, “Oh, wait. Am I going to want to watch that show? Is it people signing the whole time? I don’t know.” And then I watched it and I thought it was so brilliant and so captivating that I just hope that people who might have the same fear that I had forget about it and watch it anyway because it’s so, so good.

How did you prepare for the role?
Austin Nichols: A lot of it was actually learning to sign as quickly as possible because it happened so quickly. This show shoots like an indie movie. There’s not a lot of money. There’s not a lot of time and it moves fast. I didn’t have very many days to work with my coaches. My character has experience with signing, so I wanted to make sure I looked like I knew what I was doing and I’d been doing it for years and not just getting by. So that was a real challenge. What’s also is funny is that it engages a new part of your brain. I’d been acting for years, and it’s second nature to me now, but adding this new element made it hard because it’s a totally different language. It would be like suddenly going to a foreign country and acting in another language that I don’t really know that well yet. I’ve just learned the lines that I need to know. That was really challenging but super fun in the end.

What can you tease about your character and how he enters the show?
Austin Nichols: In the first episode, Kate goes home to Georgia and just happens to bump into her first love, and I play him. His name is Shep and it turns out that he’s single and recently got out of something. I think Shep’s done a lot of the experimenting and been with the bad relationships and has come through it and kind of knows what he wants now. He lost his mom and he’s more of a man than he was when they were together before. So he sees Kate, and I think he knows he wants her, and he wants to give it a try and really go for it. He kind of spends the rest of the season figuring out if that’s possible and you’ll see what comes of that.

Do you identify with Shep at all?
Austin Nichols: Absolutely. Georgia’s totally different from Texas, but I kind of draw a parallel from myself to Shep. He’s kind of an easygoing, Southern guy, and I think he has a chivalrous quality that I think is very much alive in the South. He really will take care of her and put her first, and I think he loves her in a good way. A really good way.

What was it like working with Shoshannah and Josh?
Austin Nichols: It was so interesting and cool and like nothing I’ve never done. In a way, it’s exactly the same. A lot of people ask questions like, “Is it different working with them?” But it’s not. It’s just like any other set, it just so happens they speak a different language, and we have interpreters, so it really is the same thing. One thing I loved about it was that it’s a little quieter and calmer and happier. It was kind of this beautiful, healthy set to go to.

What’s something you will take away from working on this show?
Austin Nichols: This might sound a little PC, but I’m really happy to be working on something that’s telling, right now, a story that hasn’t been told before. It is pretty groundbreaking that the two leads of the show are deaf or hearing-impaired and I don’t think it has been done. The show rips down conventions, I think, in lots of ways, and like I was saying earlier, it recalibrates how we are as an audience. Because so much of what we consume in movies and television is visual-based and sound-based. Sound we get pretty much the same way: people talk, there’s a bunch of sounds, and whatever. This show, you consume sound differently and it’s new. We haven’t seen it, and it’s so interesting, and I think it captivates the audience in a new way, and that’s why I think it’s almost more fun to watch than other shows. I think the biggest takeaway for me is that right now, a lot of people are getting their stories told that haven’t before and I’m so lucky and blessed to be a part of one that’s doing that.