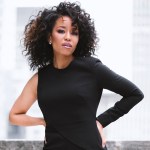 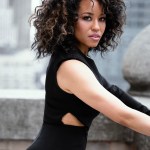 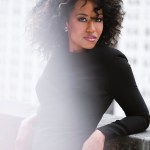 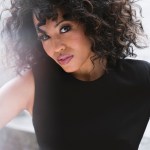 Micah dropped a bombshell last week on ‘Queen Sugar’ & Dawn-Lyen Gardner teases how it will influence his relationship with Charley.

Queen Sugar is always bringing the drama, especially when it comes to the Bordelon siblings’ relationships with others in town. Last week, after Charley (Dawn-Lyen Gardner) was all gung-ho about her son Micah (Nicholas L. Ashe) attending Harvard — even buying him a Rolex to celebrate — he dropped the bomb that he was going to Xavier instead. “This is really a huge test in terms of Micah really branching out on his own, defining himself very much independently from Charley, making his own decisions,” Dawn-Lyen explained in an EXCLUSIVE interview with HollywoodLife.com. “For Charlie, it’s also a moment of her, not just letting go of her son, but of her realizing that all that she’s been dealing with — with the Landry’s and the Bordelon’s — and all that she wants to protect Micah from, are colliding in this moment.”

Xavier is a HBU, which stands for “Historically black colleges and universities,” and Dawn-Lyen promised that the title is not the reason for Charley’s concerns. “For her, it was about the opportunity to gain power in a way that she’s seeing it wielded right in front of her and against her,” she explained. “The rage and the frustration and the actual pain of trying to do for her community, for her family, for even the legacy of her father, and that being prevented and destroyed in front of her eyes by people who have been afforded privilege and her wanting for Micah to have the same access to not be victim to that kind of abuse.”

Similar to many of the plot lines and events we’ve watched in the last four seasons of Ava DuVernay’s Queen Sugar, Dawn-Lyen said this situation is one she believes is very common for parents and children. “Where does your pain and where do the trials that you desperately want to protect your children from meet up with your child’s need to be recognized for who they are and what they want?” she questioned.

Ahead of tonight’s season finale, the actress teased Charley’s reaction to Micah’s announcement that fans are anxiously awaiting. “What we’ll see is what the show is so committed to, which is an honest exploration of how these very real social issues are forcing these characters to confront themselves, to confront parts of themselves,” Dawn-Lyen previewed. “I really don’t believe that Charley’s belief is that the school isn’t good enough for Micah. I really believe that what’s happening for her is a confrontation of power. It’s confronting her, so we’re going to see that really challenge her. We’re going to see that really challenge their relationship.”

She continued, “We’ve been watching them go almost apart from a certain kind of intimacy that they’ve had, as Micah’s gained clarity about what he wants and about what’s most important to him and how he wants to express himself in life, which is very different from how what Charlie’s vision of that was for him.” We can’t wait to see what happens TONIGHT on Queen Sugar‘s season finale at 8 PM ET on OWN!