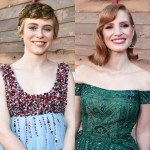 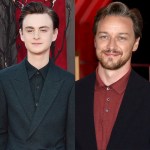 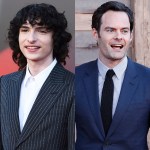 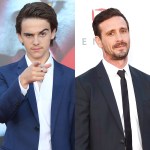 Jeremy Ray Taylor returns to play young Ben in the highly-anticipated ‘It: Chapter 2’ and spoke EXCLUSIVELY with HL about his ‘unbreakable bond’ with his fellow co-stars, what ‘It’ has meant to him, and more.

It: Chapter 2 hits theaters on Sept. 6 and picks up 27 years after the events of the first movie. The Losers Club kids are all grown up but there are many flashbacks featuring the incredible younger cast. Jeremy Ray Taylor plays young Ben Hanscom, the whipsmart member of the Losers Club. Jeremy and his fellow young cast members have been on the It journey since 2016 and they’ve become best friends. HollywoodLife spoke with Jeremy at the Los Angeles premiere of It: Chapter 2 about what he’ll miss the most about the experience.

“I think one of the most amazing things about filming this was having all these kids and we have such an unbreakable bond,” Jeremy told HollywoodLife. “I think I won’t miss that because it won’t be gone! I think the part I will miss most is working on set with such an amazing cast and crew. It was such a wonderful experience and I will miss it all!”

The lessons he learned while filming It will carry over into Jeremy’s other projects. “I think It taught me everything because I knew nothing at the start,” the 16-year-old continued. “That was my first big thing so to go into that and then know everything was just wonderful!”

Jeremy also admitted that the first day of filming is one he would love to relive if he could. “The first day was one of the most surreal things because it hadn’t really hit me that I had gotten the role and it was wonderful,” Jeremy said. “That was the day that we got that unbreakable bond. That was such a wonderful day!”