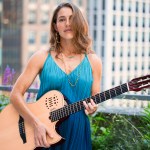 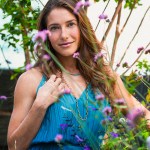 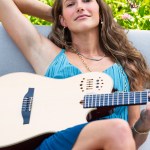 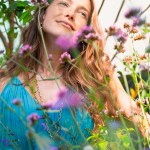 Fresh off tours with Kenny Chesney and Zac Brown Band, Caroline Jones has developed her sound for her upcoming EP!

Caroline Jones‘s last album, Bare Feet, was made over the course of nine months, in a studio, and she played a majority of the instruments on each song. For her upcoming EP, out October 18, things were done differently, as she’s been nonstop tour for the last two years and creating her new music while out on the road with her band. “I’ve been wanting to release new music and I’m always creating, but recording has kind of taken a back seat to touring because we’ve been on the road so much,” Caroline explained in an EXCLUSIVE interview with HollywoodLife.com. “So, all the songs on the upcoming EP we developed live, which was totally different for me. A lot of these songs were developed in front of a live audience.”

She revealed that she “wanted to show what we’ve been doing on tour” and that it was important to showcase her band and the “live, raw, empowering energy” they all bring to the live shows. While Caroline started as an acoustic set, her band has grown over the years and, inspired by her former tour mate Jimmy Buffett, the singer hopes to one day have a major stage production to tour. “We just got our own lights which was so exciting!” she laughed. “I have been able to open for Zac Brown Band, The Eagles, The Coral Reefers, Vince Gill, and these guys who have some of the best live bands in the world, so I’ve been soaking that up!”

Throughout the spring and early summer Caroline joined Kenny Chesney on his Songs For The Saints tour and even joined forces with him and Jimmy Buffett for her song, “Gulf Coast Girl.” “It’s just a testament to kind of the community that I’ve been so blessed to land in and be a part of,” Caroline said of the collaboration with the two award-winning singers. “That they would be a part of it and feature on it and lift me up in that way.”

The “Chasing Me” singer continued to say that she was incredibly impressed with Kenny’s “consistent energy” he brings to each tour stop. “You only really are able to develop that over decades of focusing and performing and he just delivers to fans. He goes out there every night and his feet don’t touch the ground,” she gushed. “Then, you see how hard he works works behind the scenes to make sure that he’s super serves his fans and they give that love and energy right back to him. He’s one of the best performers I’ve ever seen.”

Make sure to pre-order Caroline Jones’s upcoming EP, out October 18, and watch her most recent performance on The Tonight Show Starring Jimmy Fallon.