Camila Cabello can care less about relationship critics. In a new interview, the “Havana” singer, 22 admits she’s living her life on her own terms, and is keeping her romance with Shawn Mendes as private as possible. “I don’t know; people can say whatever they want to say. They can speculate, but at the same time, we are going to live our own lives, enjoy it, and fall for each other like nobody is watching,” Camila said about her relationship with Shawn in her cover story for ELLE’s Women in Women in Music October issue, on newsstands 9/24.

“That is how I want to live,” Camila admitted, explaining, “I never want to open the door for people to feel like they are involved. Like I said, I want it to be mine and [his]. That’s why I’m so tight-lipped about it: because I want to protect it.”

As for why she chooses to keep her relationships private, Camila revealed that doing so provides her with a sense of normalcy. “Love is the most sacred, precious thing to me. I want to always feel like my love is between me and that person, and never belonging to anyone else,” she said. “As much as I love my fans, and as much as I love people, I like to live my life as normally as possible. In a relationship, it makes me feel uncomfortable to invite everyone in on that.” 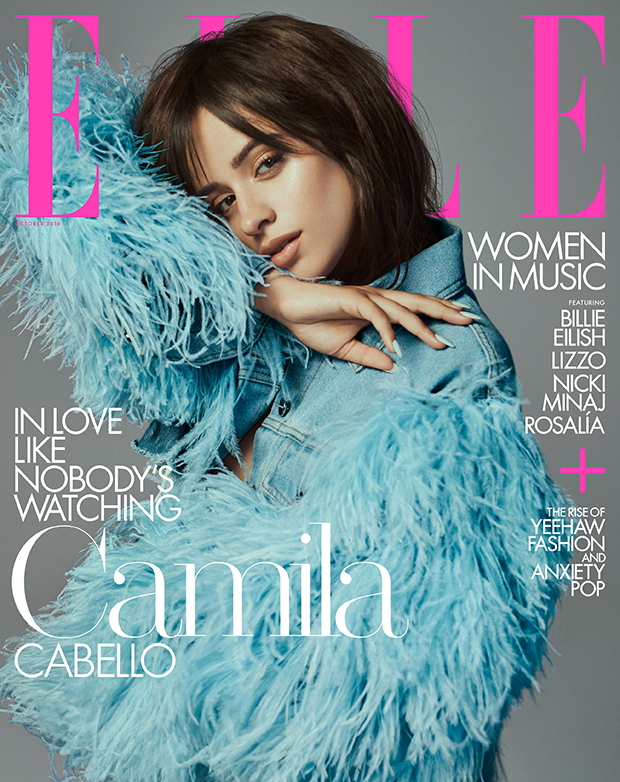 Camila and Shawn first sparked romance rumors after the sultry music video for their latest collaboration, “Señorita”, dropped on June 25. In the video, both singers play lovers who are immersed in a sneaky and sexy love affair, where, in one scene, they can’t keep their hands off each other while kissing.

The two-time Grammy nominee also discussed the music video for “Señorita”, and gushed over how easy it is to work with Shawn. “I mean, I love him. We have always connected; we have the best time together,” she said, before going into detail about how the collaboration was born.

“Shawn texted me the idea for the chorus for “Señorita.” He was like, “Hey, what if we work on this and do it together?” I was on the Taylor Swift tour and hadn’t been in the studio for a while,” Camila recalled, admitting, “I didn’t want to do it, and then a few months later, I couldn’t get the song out of my head. I [finally] told him, “I think we should do this.” He was like, “I don’t want to do it anymore.” It went back and forth for, like, eight months. Then we finally went into the studio and reworked it so we both felt good about it, without any pressure. I love working with him so much.”

Soon after the release of the “Señorita” music video, Camila and Shawn fueled the relationship speculation when they stepped out on multiple, PDA-filled occasions. Camila also split with her now ex-boyfriend, Matthew Hussey around the time of the video’s release.