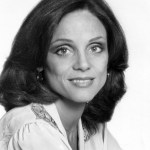 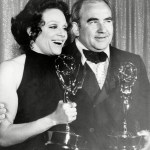 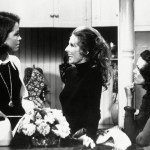 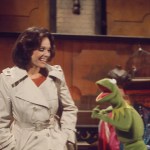 The iconic actress passed after a 5-year battle with cancer, but was remembered fondly by her former ‘DTWS’ partner Tristan Macmanus and many other stars.

Valerie Harper touched the lives of many throughout her illustrious career, and Hollywood is mourning her death after she lost a lengthy battle with brain cancer at the age of 80. Tributes have been pouring in on social media from former colleagues, celebrities and fans since the news broke — including a particularly touching tribute from her former Dancing with the Stars partner Tristan Macmanus, 37. “Such terrible news to hear – Valerie was one of a kind and I loved spending time with her and getting to know her I genuinely loved her and will miss her dearly X,” Tristan shared in an Instagram post. The duo competed on the 17th season of DWTS back in 2013, and were eliminated after four weeks. Valerie, then 75, had already been diagnosed with lung cancer earlier that year — and valiantly performed regardless of her condition.

The four-time Emmy-winning actress — who is regarded for her roles on The Mary Tyler Moore Show and Rhoda — was an inspiration to many others who have gone on to pursue careers in film and television. Ed Asner, 89, fondly remembered his years working with her on The Mary Tyler Moore show, tweeting, “A beautiful woman, a wonderful actress, a great friend and with balls bigger than mine. Her brilliance burst through and shined its light upon all of us. Goodnight beautiful. I’ll see you soon.” The actor attached a photo of the duo holding their Emmy Awards.

Rosie O’Donnell sadly tweeted, “valerie – rhoda – #rip❤️♥️❤️” while also sharing a 1998 interview from her talk show, where Valerie appeared in an interview. Actress Mia Farrow shared a stunning image of Valerie, along with writing, “Thank you brilliant Valerie- you gave us so much!!💔 RIP Valerie Harper.”

Actress Alyssa Milano — who played Valerie’s daughter on the cult-classic Melrose Place in 1998 — tweeted “Valerie Harper was always the most gracious and the kindest actor on set. She will be missed. Rest In Peace. 💔,” along with a shot of the two from the 90s.

Valerie Harper passed away. She was a wonderful actress and brought me so much joy. She will be missed rip❤️

Other tributes continued from ABC news anchor Robin Roberts, musician Cyndi Lauper and actor William Shatner. “Sad to hear about the passing of #ValerieHarper. She was incredibly courageous facing cancer with her humor and grace. Thinking of her devoted family, friends, and many fans. Like Mary Tyler Moore she could turn the world on with her smile. 🙏🏾❤️,” Robin wrote, while Cyndi shared, “Valerie Harper passed away. She was a wonderful actress and brought me so much joy. She will be missed rip❤️.” William tweeted, “Condolences to the family of Valerie Harper. Going to miss you Rhoda Morgenstern! 😢❌⭕️.”