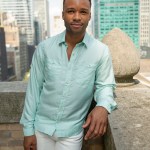 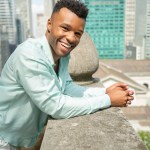 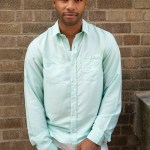 As Pose’s Season 2 came to an end, Dyllón Burnside is reflecting on Ricky’s pivotal moments this season.

Dyllón Burnside‘s Ricky Wintour (formerly Evangelista) endured great change, struggle and love this season on Pose. After being diagnosed with HIV in the midst of the epidemic raging in the ’80s and ’90s, Dyllón admitted that he was “caught off guard” but “sensed things were going in that direction.” “You start to gain a certain amount of empathy for your character. I’ve been playing Ricky for the past couple years and now, I feel like I know him really well, and I spend a lot of time with him. To think about what that diagnosis means for him at this particular point in his life, and at this particular point in history, what the implications of that diagnosis are, it was really sad for me and I felt really sad for him,” Dyllón explained in an EXCLUSIVE interview with HollywoodLife.

While the relationship was surprising to Ricky’s fellow housemates and Pose fans, Dyllón believed the romance “makes so much sense.” “I think the romance that sort of ensues is just a natural extension of Pray Tell being there for him in this really vulnerable time,” he explained. “What we see is Ricky really being drawn to someone showing a certain amount of emotional support, which is something that I think he really longs for — something that I think he has really been seeking in his journey into adulthood.”

Pose has documented Ricky’s on-again, off-again, but loving relationship with Damon, and their future was certainly left hanging in the season finale. However, the futures of most of the Pose characters were left in limbo in the finale episode of season 2. While Dyllón agreed that Ricky and Damon love each other, he added that “your first love doesn’t always last.” “At some point, things shift, people evolve and grow,” he said of the relationship. We’ll have to wait until season 3 of Pose to see what the future holds for our favorite characters!