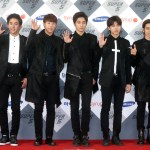 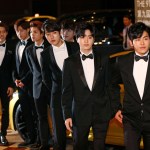 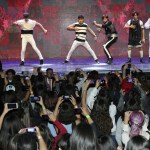 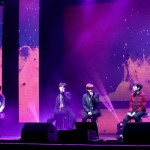 INFINITE member L has decided to leave the band’s label after a decade. The news was announced in a letter from L himself on Aug. 19. Fans immediately began sending their love to L following the announcement.

INFINITE’s Kim Myung-soo, 27, known professionally as L, announced his departure from the band’s label, Woollim Entertainment, in a heartfelt letter to fans on Instagram. “I want to express gratitude for always giving me warm support,” L wrote in his letter to fans on Aug. 19, according to Soompi. “My heart feels heavy at the thought that this news that I am going to share might be hurtful to INSPIRIT, who have always given me generous love. With last week as the end, my contract with Woollim has expired. I made a difficult decision after a lot of thought. After long deliberation, I decided to stand on my own. I felt that I need a new challenge in my life, and I am now going to start the new challenge.”

He also wrote, “All moments spent together with INSPIRIT after debuting as INFINITE have been happy times. Our INFINITE members who I have spent all of those times together with, all of those times were happy because of the members. I want to once again express my gratitude and our promise that we will always be together.” L ended his letter with, “Again and again, I sincerely thank INSPIRIT, who have believed in me and given me warm and great love. I will work my hardest to greet you soon with greater improvement.”

Woollim Entertainment also released a statement regarding L’s departure from the label. The label wrote that they have “sincere gratitude” for all of L’s hard work and noted, “In addition, as the members have strong determination about group activities, INFINITE’s disbandment is not being considered at all.” Fans started flooding social media with well-wishes after the announcement.

Thank you so much Myungsoo for all the memories you shared with Infinite. May you always stay strong and healthy in your activities. ILY 💓

L made his debut in INFINITE back in 2010. He is also an actor and has had starring roles in films like The Day After We Broke Up and The Emperor: Owner of the Mask. We wish L well in his next endeavor.