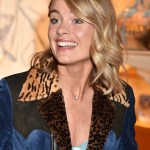 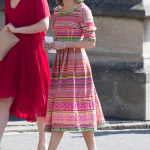 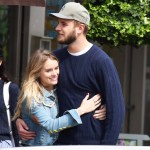 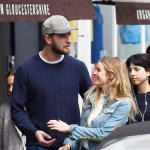 Oh, she only needed to find the right ‘Harry.’ Cressida Bonas, the former flame of Prince Harry, revealed that she and Harry Wentworth-Stanley are getting hitched while showing off her brand new piece of bling.

“We’re getting married,” Harry Wentworth-Stanley captioned an Aug. 18 Instagram pic featuring him, Cressida Bonas, 30, and the massive rock now residing on her finger. Cressida, who dated Prince Harry, 34, for a handful of years, couldn’t hold back her smile as she posed for the picture. The only thing brighter than her smile was the diamond now on her finger. While it may not be a British crown jewel, it was large enough to be seen from the others side of “the pond.” Congratulations!

Cressida began dating Harry, a real estate agent, began dating after she and Prince Harry called it quits in 2014. The English model and actress dated the British royal from 2012 to 2014, per the BBC. Princess Eugenie reportedly introduced the couple to each other in the summer of 2012. Their relationship endured Prince Harry’s five-month deployment to Afghanistan, but ultimately, it wasn’t meant to be. The breakup was “said to be amicable,” according to BBC royal correspondent Peter Hunt, who also said that the two remain “the best of friends.”

Being that Prince Harry has been a fixture of the British press since he was born, he was “keen … to make it clear the relationship didn’t end because he found Cressida ‘too needy,’ ” per Peter Hunt. Apparently, the relationship just ran its course. Clearly, Cressida and Prince Harry stayed close after the breakup. She attended her ex’s 2018 wedding to Meghan Markle, 38, looking “totally chill,” per Cosmopolitan. So, will Prince Harry and Meghan return the favor by attending Cressida and Harry’s wedding? Fingers crossed.