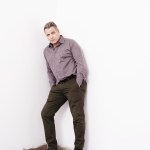 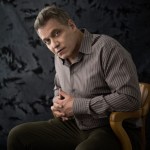 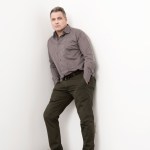 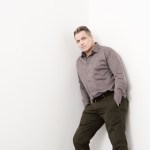 ‘Mindhunter’ is back for season 2 after an almost 2-year hiatus. HL spoke EXCLUSIVELY with star Holt McCallany about the new conflicts for Bill Tench, the introduction of more terrifying serial killers, and more.

The captivating and thrilling Netflix drama Mindhunter is back for its second season. In season two, FBI agents Holden Ford and Bill Tench continue to probe further into the psyches of those who have done the unthinkable. Charles Manson and David Berkowitz, a.k.a. the Son of Sam, are just a couple of the killers the show explores in season two. Mindhunter will also dive deep into the Atlanta child murders.

HollywoodLife sat down EXCLUSIVELY with Holt McCallany, who plays Bill Tench, about season two. He discussed the conflicts Bill faces in season two, specifically being “torn” between his family and his work. Holt also talked about the transformations of the actors playing Manson and Berkowitz. The actor even teased a major confrontation between Bill and Manson. The second season is currently streaming on Netflix.

At the end of the first season, Holden has that intense breakdown. So how does that impact his work and his partnership with Bill?
Holt McCallany: Well, this is the big question. It’s a major storyline in season two. We’re all very concerned about Holden because his behavior has been very erratic, to say the least. He walked out of a meeting with the OPR, the Office of Professional Responsibility. There’s a whole investigation going on into our unit, and then he took off. We don’t know where he is and he ends up going to see Kemper at the end of season one all by himself, completely unarmed, and you see what happens. At the beginning of season two, we’re all very worried about Holden.

Over the course of the first season, Holden’s methods became a little bit unorthodox. In season two, will his new methods sort of impact his relationship with Bill as it carries on?
Holt McCallany: It’s a little bit of a double-edged sword with Holden, because while his behavior often infuriates Bill, or at least aggravates him a lot, Bill also recognizes that he’s a very bright, resourceful, and talented young agent who has really hit upon an innovative idea that could be transformational in the way that detectives conduct investigations. So, for that reason, Bill is willing to cut him a lot of slack. But there are certain basic protocols that everyone must follow in the FBI, including Holden Ford.

This season is focusing a lot on the Atlanta child murders. What can you say about that?
Holt McCallany: The Atlanta child murders is definitely a major storyline in season two. It’s by no means the only storyline, but it is one of the important investigations. It’s an opportunity for Bill and Holden to take some of the things that they’ve gleaned in their interviews and try to apply it in real-time in an ongoing investigation.

It’s shocking for me to say this, but I didn’t even know that those murders happened.
Holt McCallany: It’s not surprising because those murders occurred before you were born and they also never got the same kind of attention. Look, I was in high school when those murders were committed, so I remember that famous advertising campaign: “It’s 10 p.m., do you know where your children are?” Because people all over Atlanta were terrified that their child could be the next one to be abducted, and if it could happen there, couldn’t it happen elsewhere? The Manson murders, which happened a decade earlier, we all know about. Why is that? Because there was something very sexy, very glamorous about it all, as depraved as the Manson murders were and it’s hard to imagine a more horrible death than what happened to Sharon Tate. At the same time, you’re talking about an ex-con hippie guru who wants to be a rockstar and hangs out with Dennis Wilson from The Beach Boys. Sharon’s there with an heiress to the Folgers coffee fortune. She’s married to a famous European film director. It’s all very glamorous. When you get to the Atlanta child murders, you’re talking about poor, nameless, faceless young African American boys, who were abducted, murdered, and dumped in the woods.

And so, no, it was not likely to capture the imagination of the public in exactly the same way. But this is part of why I have tremendous admiration for our executive producer David Fincher for tackling such a difficult and complex case that I don’t think another producer would have attempted. It’s dark. It’s grim. It’s relentless. It’s tragic. It’s sad. There’s nothing sexy. It’s not Ed Kemper waxing philosophical about picking up college co-eds hitchhiking. It’s not Jerry Brudos, so turned on by a woman’s shoe that he has to masturbate no matter who’s in the room with him. This is a very different kind of a case, and a perplexing case, a confounding case, and one which, frankly, nobody feels was ever solved. And one thing that I think is worth noting is that the Atlanta PD recently made a decision to reopen the investigation into the Atlanta child murders, which I think is a very good decision because there are a lot of people down there who have never had closure. Nobody thinks Wayne Williams, who was convicted of two murders, but they were adults, not even kids, nobody believes he killed all those children. I spoke to John Douglas, who wrote Mindhunter and worked on the case. I spoke to other guys who were involved in the case, and they believe it’s multiple perpetrators and some of them are probably still at large.

We’re dealing with children with the Atlanta child murders and Bill has a child himself. Will tackling this case impact him in a different way or will we maybe see a new side of him that we haven’t seen before?
Holt McCallany: In season two, Bill Tench is kind of torn. He kind of needs to be in two places at one time. He’s torn between his responsibilities as a father and as a husband. He’s dealing with the situation with his family, but also his professional responsibilities as an FBI agent, assisting in this investigation, and wanting to keep a close eye on his young partner and make sure he doesn’t go off the rails. He’s reporting to a new boss. We have a new unit chief in season two, a wonderful actor named Michael Cerveris, and he’s more supportive of our unit than his predecessor, but he also expects results. So Tench is under a lot of pressure in season two, and it’s that tension, that conflict between needing to be with his family but needing to be down in Atlanta, trying to solve this case that’s going to create some conflict for Bill.

Season two is bringing back Ed Kemper. Last season, Cameron Britton was just magnificent and terrifying. What was it like having him back and continuing to explore that fascinating and terrifying killer?
Holt McCallany: As I’ve said before in interviews, sometimes the right actor finds the right part at the right time, and something really special happens. That happened in season one with Cameron’s interpretation of Ed Kemper. It was a very powerful performance, and it’s equally so in season two. But in season two, he’s got a little competition. We’ve got an amazing actor named David Herriman who plays Charles Manson, who is absolutely superb. We also get a terrific performance from the young man who plays David Berkowitz, Son of Sam. One thing I’ll say to you, and I know this is an interview, but I promise you I would say exactly the same thing if we were just having a coffee somewhere, I’ve got to tip my hat to our casting director, Laray Mayfield because the killers are very hard to cast. They’re very specific. Those interviews with those serial killers are, in a certain way, kind of the heart and soul of the show. We really need great performances from the actors in those roles, and I think that time and again, she has managed to find the perfect guy.

The actors who play Charles Manson and the Son of Sam look so similar to the real-life killers. Was that weird for you to see them in person?
Holt McCallany: So David [Fincher] made a very good decision to hire Kazu [Hiro], he’s a prosthetic makeup artist who did Gary Oldman as Winston Churchill, among many, many, many, many films. It’s frankly amazing what his team can do. Manson and Berkowitz do a 6-hour prosthetic makeup before they arrive on the set. So if my call time is 9 a.m., they’ve been there in the makeup chair since three in the morning. Consequently, when David [Herriman] walks through the door, he looks exactly like Manson. Exactly. But that’s half the battle. You have to be Charles Manson. He’s just superb in the part, just a powerhouse performance, and I think both those guys are going to get a lot of attention.

With these new introductions of Manson and Berkowitz, would you say that Bill is affected by any of them?
Holt McCallany: Absolutely. I don’t want to divulge too much, because this confrontation that I have with Charles Manson in season two is almost like two opposing philosophies, two completely different ideologies of two men who deeply believe the things that they believe in, but they’re diametrically opposed. And it’s a very powerful scene, and likely to be one of the most memorable of season two.

How would you say that this second season compares to the first?
Holt McCallany: The great thing about television, when it’s done well, and we are currently in the golden age of television, is that never before in human history has a medium existed in which you can examine a character in this much detail. There simply isn’t enough time in a two-hour movie or a three-hour play to get to see so many different sides of a character. So, for that reason, it’s very exciting because we have great scripts. I have a really, really interesting part. We have fascinating subject matter, and I get to work with one of the best directors of his generation. So as far as TV is concerned, it doesn’t get any better than this.