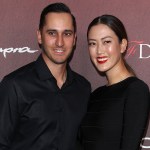 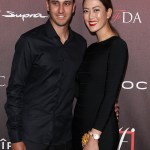 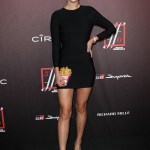 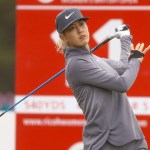 Michelle Wie and Jonnie West are married! The pro golfer and the son of NBA legend, Jerry West tied the knot in Beverly Hills on August 10. Learn more about Michelle as she begins this great new chapter in her life!

1. Michelle Wie is a pro golfer who plays on the Ladies Professional Golf Association (LPGA) Tour. — She was born in Honolulu, Hawaii, and began golfing at age four. Michelle became became the youngest player to qualify for a USGA amateur championship. She also became the youngest winner of the U.S. Women’s Amateur Public Links and the youngest to qualify for an LPGA Tour event. In 2005, Michelle turned pro just before her 16th birthday. She won her first major at the 2014 U.S. Women’s Open. Michelle attended Stanford University while playing pro golf and graduated in June 2012 with a major in communications. Michelle’s LPGA Tour victories includes five wins and one major.

2. In June 2019, Michelle announced that she would take the rest of the year off due to injury. — “After doing everything I could to play this year, I have made the decision to rake the rest of the year off from competitive golf,” she wrote in a note on Twitter. “My team and I believe that this will give me the best possible chance to finally get healthy. I can’t thank you all enough for your never ending love and support. Means the world to me,” she continued. Since 2007, Michelle had suffered wrist issues after a fall while running. She claimed she never allowed her body to properly heal, and played through pain since the fall. Michelle previously explained that she and her team underestimated the severity of the injury, and later discovered that she had three broken bones in her wrist.

To my favorite person in the whole wide world, HAPPY BIRTHDAY. 😍😍 Thank you for being born (thank you @buawest ) and for making me laugh and fall in love with you more and more everyday. ILYSM and I can’t wait to be your wife fo life. Cheers to many more years of forcing you to take selfies with me 😬😘

3. Michelle is a sponsored athlete with Nike. — She signed with the brand after going pro in 2005. Michelle, who is known for her massive shoe collection and chic golf style, has helped Nike design shoes and other golf apparel under her influence.

4. She’s a self-professed sneaker-head. — Michelle even had a row of pink and white custom Nike’s made for her bridesmaids at her wedding. Jonnie also wore a pair of Nike sneakers at their wedding.

It’s Play Yellow Sunday at @MemorialGolf! Jack and Barbara Nicklaus are turning the golf world yellow for Children’s Hospitals today and you can join! All you have to do is post on social wearing yellow or using yellow golf equipment. When you tag @PlayYellow4kids and use the hashtag #PlayYellowSunday you’ll be entered to win @RoryMcIlroy signed winning bag from THE PLAYERS. To learn more and DONATE go to PlayYellow.org *link in bio* ps. For all you @warriors fans, this is a perfect opportunity for you to rock some yellow today! #GoDubs

5. When she’s not golfing… — Michelle loves to support her husband on the basketball court since he’s director of basketball operations for the Warriors. The couple loves spending time with their dogs, traveling and working out. Michelle also enjoys doing yoga and spending time outdoors.