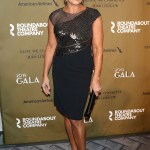 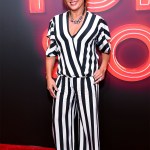 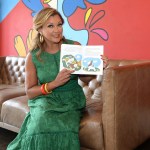 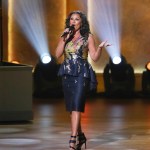 Vanessa Williams has been in the entertainment industry since 1983 and continues to land major roles! The star of many talents revealed how she does it all!

Vanessa Williams, 56, truly does it all! Since winning the Miss America title in 1983, she has taken on acting roles, a singing career, multiple philanthropic ventures, and even clothing design. Not to mention, she’s also a mother of four! Vanessa spoke to HollywoodLife.com in an EXCLUSIVE interview, revealing her secret to her continued success! “For me it’s been that having a multi-talented skill set. I danced my whole life. I acted a large part of my life. I play instruments because my parents are both music teachers. So, when I go into a recording studio, I know how to read music because I’m a musician. If I go on the stage and do something, I’ve had years and years of stage experience so I know what I’m doing. If I’m given choreography for some number, I know how to do it because I’ve been a trained dancer,” she explained, conducting the interview in partnership with The Kellogg’s Feeding Reading program.

Vanessa continued, “My skill set has lent myself to so many different areas. But in order to have longevity, you got to show up prepared, you got to be pleasant to work with, and that’s how you get called back.” The New York-native, who starred as Wilhemina Slater in Ugly Betty, added that the industry is “small,” and “it’s all about relationships. “If you’re respectful, you’re prepared, you do your best, you’re going to be a pleasure to work with and people are going to want to hire you again.”

With so many projects on her resume, Vanessa struggled to decide which moment in her career was the most rewarding experience. However, she landed on her releasing her single “Save The Best For Last,” which sat seven weeks at number one. “I’ve had that career, where every time I’ve had an accomplishment, people would say, ‘Oh, I didn’t know she could do that.'” She added that starring in Kiss Of The Spider Woman on Broadway in 1994 was another highlight, especially because “people that only knew me as a recording artist and a pop star did not know my theater background.”

Vanessa spoke to HollywoodLife.com in collaboration with Kellogg’s to promote their Feeing Reading program. The multi-talented star read to a group of young children at Kellogg’s NYC in an effort to help promote childhood literacy.