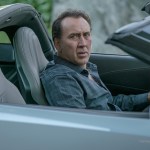 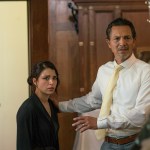 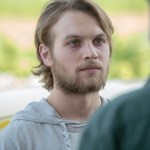 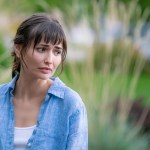 A deeply dysfunctional relationship between a father and son separated for years by incarceration is at the heart of the action drama, ‘A Score To Settle,’ according to the film director, Shawn Ku. Here’s why he felt compelled to make the movie.

Nicolas Cage is a man with a fatal disease, nothing to lose, and 19 years of scores to settle.

That’s the premise of the aptly titled, A Score To Settle, starring Cage and Benjamin Bratt, in a new action thriller directed by Shawn Ku.

The film, which just hit theaters, opens as Cage (Frank Carver), is finally released from prison after 19 years, for a murder which he never committed. A sympathetic nurse has armed him with medication to help him with symptoms of an extremely rare genetic disease that he’s been diagnosed with — fatal insomnia. He will only have months to live before dying following hallucinations, panic attacks, and an inability to sleep…ever.

That’s why, when Frank, to his surprise, is met outside the prison by the son, Joey ( Noah Le Bros ) he hasn’t seen since entering incarceration, he’s determined to reconnect and share his love and secret stash of cash.

But, Frank can’t let bygones by bygones. He wasted almost half his life in prison, after agreeing to take the rap for a murder by the leader of a violent local gang, he was a member of as a young man. He trusted the leader’s reassurances that he’d only serve five or six years and that his young son would be taken care of by the ‘family.’ Things did not go at all as planned.

Now, Frank is ready to make up for lost time quickly, with that death sentence hanging over his head.

“For me, the film is about a father and son’s relationship. It’s about the regrets that a parent has,” director Shawn Ku  ( photo above) tells Hollywoodlife.com in and EXCLUSIVE interview. “We all try to do our best as parents and this character definitely made some decisions that he thought were well-intentioned as a father, but obviously, hindsight is 20/20.”

Ku admits that he brought a lot of his own feelings as the father of a 3 1/2 year old son, into his directing of the film. While Frank’s separation from his son is very extreme, Ku says he plugged into the situation ‘on my small level. It’s going away for several months to shoot a film and missing out on those months of his early development. Of course, in the film, it’s a heightened story, but it’s not unreal to the extent that, there are plenty of fathers in jail.”

Cage as Frank is the mesmerizing heart of the film, torn between devoting himself to son Joey, who is a recovering addict, and tracking down and catching up with his old gang cohorts, with whom he has serious scores to settle.

Shawn, admits that he felt lucky to work with the legendary actor, 55. “What Nick does that’s so incredible is that he brings a lot of his own personal life into his understanding of his character. His emotions are grounded in his life — he’s a father,” he points out. “I’m sure he similarly (to character Frank) has these internal battles about how do you provide both financially and emotionally and be there physically with your child. Nick has a grown son, Weston Coppola Cage, 28 and a young son, Kal-El Coppola Cage, 13, and he brought that father figure character of his, to the film.

As the film progresses and it becomes evident, that there has been a huge betrayal of the key promise made about his son, it becomes clearer why Frank feels he must settle scores, before his fatal insomnia can rob him of his ability to focus on his purpose.

Parental relationships are also the focus of Ku’s 2010 drama, Beautiful Boy, about parents who learn that their 18 year-old son, who is a freshman in college, has died after killing several others in a shooting spree. It is hauntingly timely today after the El Paso and Dayton, back- to -back massacres.

“You know, when we did the film, these shootings were happening and that was obviously the impetus for that film, and as we were doing the film, they happened more,” he says. “And now, this just… it’s beyond. It makes me sad, and not to get political about it, but it’s just a representation of the state of our psyche as a country.”

For Shawn, Beautiful Boy was an exploration of, “How we are as parents. I wasn’t a parent at the time, but it was about how I think parents take on… they feel responsible. I know my mom feels responsible for every choice I’ve made that is off her plan… so that film is sort of an exploration of my parents, if I had become a shooter and how they would handle that, and their relationship with each other.”

A Score To Settle is in theaters now!