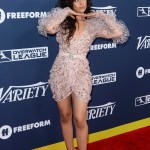 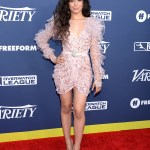 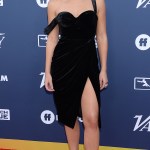 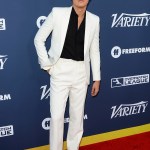 ‘Euphoria’ will be returning for season 2 and HL spoke EXCLUSIVELY with star Storm Reid about her hopes for Gia moving forward, her thoughts on what’s going on with Rue in the finale, and more.

Euphoria has undoubtedly been the TV show of the summer. This teen drama explored drug addiction, teen pregnancy, and more head-on and didn’t shy away from the complicated realities that teens are facing today. Many of the main characters had episodes revolving around them over the course of the season, but one character who notably hasn’t had one yet is Rue’s sister, Gia. HollywoodLife talked EXCLUSIVELY with Storm Reid, 16, at Variety’s Power of Young Hollywood event on Aug. 6 and she admitted that she definitely wants to see a Gia-focused episode.

Gia and Rue are incredibly close and Gia was the person who found Rue after she overdosed. Seeing her point of view would peel back so many layers on both Gia and Rue. “I feel as though we’ll see a lot more of her in season 2 and she’ll actually become a solidified human, even though she was a human before,” Storm told HollywoodLife EXCLUSIVELY. “I feel like you’ll really get to see her perspective and how she feels about all the trauma that she’s going through. So, I’m excited to explore that with her.”

The season 1 finale of Euphoria ended on a game-changing note. Rue was planning to run away with Jules, but she backed out at the last minute. She walked home crying and it appeared she may have relapsed, but it’s not entirely clear. Rue has always been open about the fact that she’s an unreliable narrator. Storm talked about the fascinating finale and what Gia would think if Rue did relapse.

“Well, we don’t know if she’s relapsed yet. I feel like we left the eighth episode open for your own interpretation,” Storm continued. “But if she did relapse, I feel like she would feel terrified about it, hurt about it. There would be so many emotions. I don’t feel like she would know how to cope with that and deal with that. Especially because she has been going through this with her sister for a while and, of course, it would be the second time and a possible overdose may come out of that. I feel like she would be extremely hurt by it and she might even have a breakdown about it. But we’ll get there when we cross that bridge.”

Storm’s love for her character runs deep. She opened up about her favorite facet of Gia. “I love that she, no matter what, has that unconditional love and sacrificial love for her sister,” Storm said. “Because even though Rue has put her through a lot, and it’s changed the course of her childhood and changed the course of her life, really, she still loves her and she’ll still try to be there to pick her up. But still tries to love herself in the same instance.”