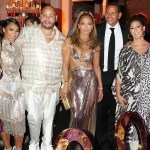 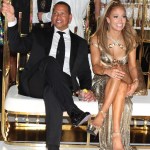 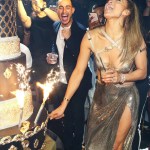 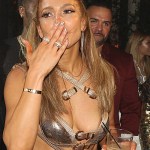 Jennifer Lopez’s 50th had it all — except her ex-husband. We’ve got EXCLUSIVE details about JLo’s party, including how Marc Anthony and her twins put on a ‘touching’ performance.

Jennifer Lopez was “absolutely thriving at her 50th birthday, which was quite the celebrity affair,” a source close to someone inside JLo’s party shares EXCLUSIVELY with HollywoodLife.com. The event took place at Emilio and Gloria Estefan’s private residence in Miami and featured performances from “Fat Joe, Gloria Estefan, DJ Khaled, and Pia Toscano,” per the source. “Khaled performed and then DJ’d the entire night. [JLo’s] dancers from her tour were there to celebrate, as well as several of her family members.”

“The night was really all about the music and performances,” the insider tells HollywoodLife of the the party which was sponsored by PrettyLittleThing and Quay Australia, her recent campaign partners  “and the sweetest part of the night was when Jennifer’s kids [twins Maximilian and Emme, 11] performed for her. They were amazing. You could tell JLo was clearly touched.” As for the children’s father, Marc Anthony, 50, the source says he wasn’t at the party, which is odd since it seems practically every other celeb was. “Pia and Khalid performed, and partygoers were stunned when Jennifer herself performed ‘Dinero.’ “ Wait, Jennifer Lopez’s birthday party turned into an impromptu JLo concert? Amazing!

Earlier in the day, JLo’s fiancé, Alex Rodriguez, 43, gave her a brand new sports car worth more than what some one-family homes are going for these days. However, it wasn’t JLo’s new Porsche that got everyone buzzing at the event. “There were some great gifts, but someone gifted Jennifer a painting of herself and it was the most talked-about gift of the evening,” the source tells us. After dancing, performing, partying and, in the case of J-Rod, kissing, the extravaganza “concluded on the earlier side around midnight with a fireworks show. It was an amazing night.”

Pia Toscano, Quay, and Pretty Little Thing spared no expense when it came to JLo’s party, the source tells HollywoodLife. It definitely seems like they put together an incredible party.

JLo and Marc Anthony were married from 2004 to 2014 (though they split in 2011, with Marc filing for divorce in 2012.) Since the breakup, they have been generally cordial with each other. They even reunited on May 30 to watch their son’s school music recital. So, it’s slightly odd that he wasn’t at Jennifer’s birthday party. It’s not like JLo’s engagement is an issue to Marc, as a source told HollywoodLife he’s “extremely happy” that she’s getting married to A-Rod. “The kids love Alex, and that’s all that matters to him.”