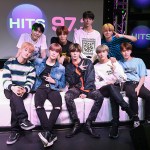 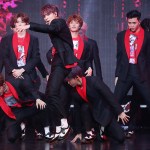 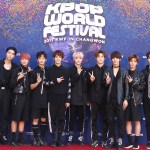 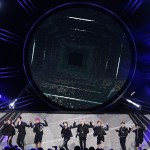 NCT fans have been blessed with new music by one of the group’s members! Taeyong released his solo song ‘Long Flight’ along with a stellar music video!

What a great day to be a NCT fan! One of the K-pop group’s members, Taeyong, dropped a solo track called “Long Flight” on July 18,, which was accompanied by a whimsical music video appropriately set on an airplane. The song features the lyric “You won’t be bored if you go on a long flight with me,” which Taeyong proves by the destinations he stops at throughout the visual. You can see him dancing against the backdrop of a night sky, hanging out in a lush botanical scene and more.

Fans were obviously beyond excited to fly away with Taeyong. After the drop, they immediately took to Twitter to gush over the stunning visuals and lyrics from “Long Flight.”

One fan, @StarryA22 wrote, “What can i say??? even the word Amazing isn’t enough to describe this song…You made us feel like we really in a fantastic trip..If i was there i’ll never wish to land anywhere..I can listen to this for the rest of my life and it’ll remain fabulous..Thank you.”

Another fan believes the track is a top contender for song of the summer. User @snekweeb tweeted, “taeyong just dropped literally one of the best songs of summer 2019 and he’s worked so hard on it,,. stream the song for him.” One thing’s for sure: we’re going to have Taeyong’s video on loop all day.