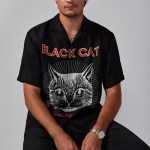 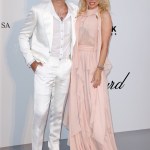 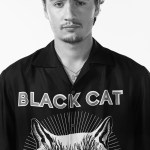 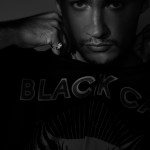 It looks like Brandon Thomas Lee didn’t do his homework before starring on ‘The Hills’ revival, because he doesn’t even know who the OG leading star was — Lauren Conrad herself. To be fair, he didn’t watch the original show either.

Brandon Thomas Lee, 23, may be co-starring as Brody Jenner’s buddy on The Hills: New Beginnings, but he doesn’t even remember Brody’s on-screen love “interest”: Lauren Conrad, 33. Yes, the same MTV star who led the original The Hills between 2006 and 2010 and interned at Teen Vogue. Ironically, Pamela Anderson and Tommy Lee’s son made this shocking confession to the same magazine in an interview published on July 8. “Everyone mentions her name a lot, but I have no idea who that is,” Brandon admitted, and we clutched our naughts-loving hearts.

In Brandon’s defense, he was just nine years old when the show premiered in May 2010. So, he wasn’t necessarily dissing Lauren as he added, “I have really no idea about any of the stuff from the original.” The original leading lady also didn’t return for the revival, The Hills: New Beginnings, which just premiered on June 24. Kristin Cavallari and Lo Bosworth also didn’t join the homecoming.

At 23 years old, Brandon is the youngest cast member on The Hills — but he’s not looking for reality television fame, much like Lauren (she has since focused on her lifestyle and fashion empire). “I don’t think the object has ever been to be a reality TV star, I think this is more of an opportunity for people to get to know me and my path and what I’ve been doing,” Brandon explained to Teen Vogue.

“I’m still acting, I’m still working in fashion, that’s my main focus,” the rising star continued. “This is just following me around in my life and I feel like it just gives people the opportunity to get to know me because I’ve lived such a private life.” New to acting, Brandon held a role in the Netflix movie Sierra Burgess Is a Loser and the BET anthology series Tales.