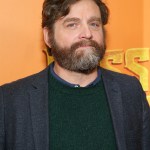 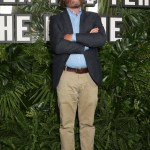 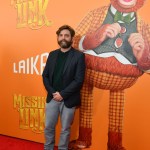 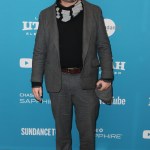 It turns out Zach Galifianakis has a doppelgänger, and it’s…Robert Redford? Twitter is scratching its head after confusing the two in that one iconic GIF from ‘Jeremiah Johnson.’

No, another Hangover movie hasn’t been announced. On July 9, Zach Galifianakis, 49, started trending on Twitter because the Internet just figured out that our favorite comedian is indeed not the “nodding meme guy” — that honor instead goes to Robert Redford, 82, as the GIF was captured from his 1972 classic, Jeremiah Johnson. This was a major “DUH” moment for many, because the two stars aren’t exactly twins (except, well, for that one scene in Jeremiah Johnson).

Well, it turns out many were offended — namely, baby boomers/those born in the older cusp of millenials. “A few million under-30 internet users can’t tell the difference between Robert Redford and Zach Galifianakis, so now I want to go live on a tropical island with a volleyball named Wilson for company. At least Wilson can recognise Robert Redford – and he’s an inanimate object,” The Shack director Stuart Hazeldine, 48, tweeted. Another fan wrote, “People need to watch better movies, especially if they don’t know who Robert Redford is. SMH, Thinking this is Zach Galifianakis.” Even rapper Common, 47, was shaking his head: “Really? Zach Galifianakis? Come on man.”

People thinking Zach Galifianakis is the man in the "nodding head guy" gif is an interesting look at the knowlesge gap between consumers of classic #film & general internet users. Jeremiah Johnson was one of Robert Redford's finest films. pic.twitter.com/Z81K5pJ6GI

Other fans used the Zach/Robert mix-up as an opportunity to observe the cultural differences between Internet humor and the pre-meme generation. “People thinking Zach Galifianakis is the man in the ‘nodding head guy’ gif is an interesting look at the knowlesge [sic] gap between consumers of classic #film & general internet users. Jeremiah Johnson was one of Robert Redford’s finest films,” one such fan tweeted. Well, as the “general internet users” would say — perhaps it’s not that deep. Zach and Robert just happen to look eerily alike in that one screengrab!

For those who haven’t gotten the memo on Mr. Redford, the Oscar-winning director founded the Sundance Film Festival and starred in classics like The Sting, The Way We Were, The Great Gatsby, and Out Of Africa.