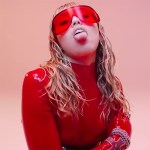 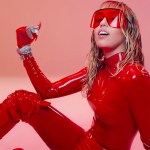 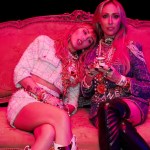 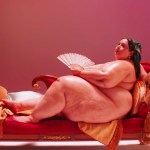 Miley Cyrus’ feminist anthem ‘Mother’s Daughter’ now has a video and it’s appropriately filled with surprise appearances from strong women like her mom, Tish Cyrus & more. The epic new clip is already the talk of Twitter!

Ashley O warned people to not mess with her freedom, and now Miley Cyrus is too. That’s the message drilled into Miley’s music video for “Mother’s Daughter,” which dropped on July 2! To match a kick-butt ode to feminism, Miley loaded her video with powerful, feminist-driven visuals. Miley opened her clip in a wild, skintight leather ensemble, and throughout the course of the clip, used cheeky visuals to  represent her p**sy power. She also enlisted the help of a few fellow female icons for the clip, and her mom, Tish Cyrus, even made a surprise cameo in the video! Other cameos included the gorgeous Amazon Ashley and the always inspirational Aaron Philip. Miley did give us a heads-up — “Beware [the music video is] the SH** just like all the bad a** women starring alongside muah!,” she tweeted on July 1, along with a photo of her and Alma, a Finnish singer whom she co-wrote the track with.

“Mother’s Daughter” is part of a six-track EP entitled SHE IS COMING, which landed on playlists on May 31. Miley certainly is coming — the Disney alum is edging towards a more punk look and alternative sound as this latest video proves, which she gave a fans a taste of in her black-and-white, tattoo-heavy music video for “D.R.E.A.M.” Unlike her first attempt at a more mature sound (AKA, 2013’s club-friendly Bangerz) or a different image (2017’s free spirited Younger Now), Miley is now playing with rock ‘n’ roll pop combined with that eclectic style popularized by our most wild Instagram influencers. The chorus of “Mother’s Daughter” serves as proof to that: “So-so, so don’t fu** with my freedom / I came back to get me some / I’m nasty, I’m evil / Must be something in the water or that I’m my mother’s daughter.”

Miley will roll out two more extended plays, with six more songs each. The three EPs will all be put together for one album, SHE IS: MILEY CYRUS.