Hailey Baldwin, 22, made a bold fashion statement while running errands in LA on June 26. The Adidas model paid homepage to her husband, Justin Bieber, 25, who she wed in a secret courthouse ceremony last September, in the cutest way. Hailey rocked a black hat with her new last name, “Bieber” on it, in gold cursive font. The cap also featured two gold designs on its brim and a matching stripe across its front.

Hailey was out with a friend when she was photographed on Wednesday. She was dressed casually in black leggings and sneakers, with an oversized maroon sweatshirt. The newly married star held a beverage and her cell phone in her left hand, which also glistened in the LA sun because of her massive diamond engagement ring.

The “Weigh My Future Down” singer proposed last July while the couple was vacationing in The Bahamas. Justin popped the question in front of a packed crowd at Baker’s Bay Resort with a stunning, oval-cut diamond ring, as seen below. The surprise engagement came after Justin and Hailey, who previously dated in 2015 and 2016, rekindled their romance in June 2018. 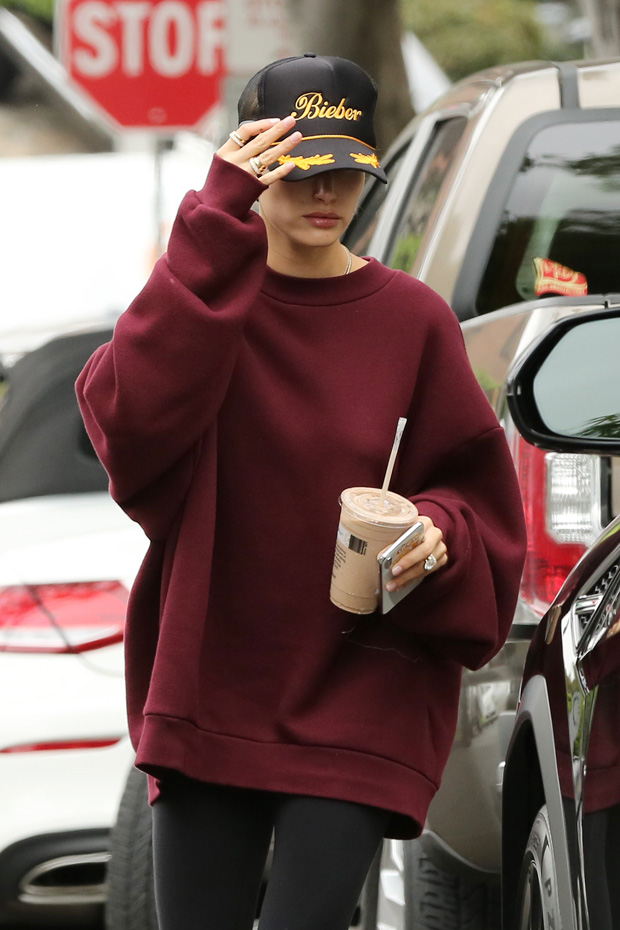 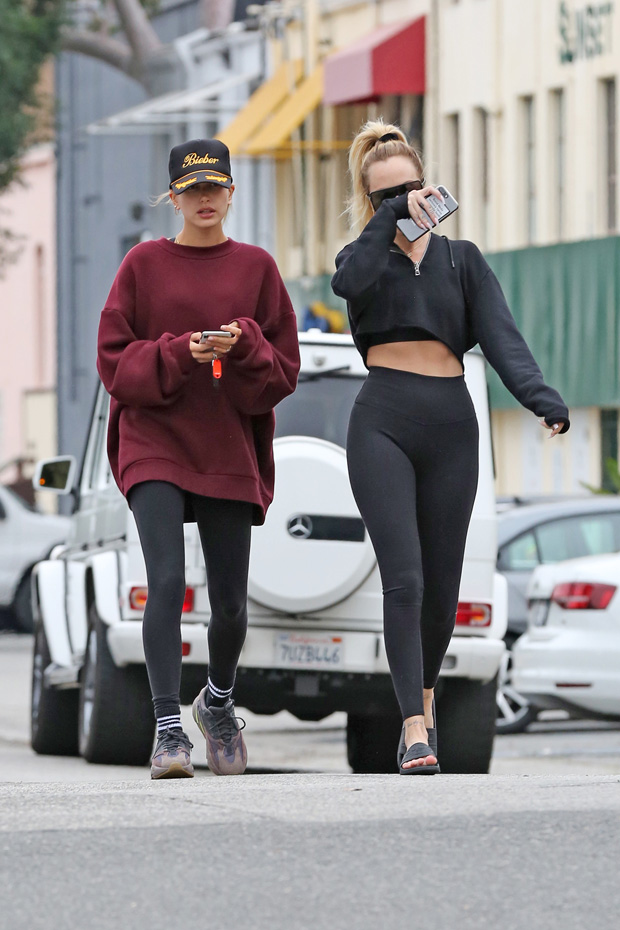 Hailey Baldwin wears a “Bieber” hat as she runs errands with a friend in Los Angeles. in June 26, 2019. (Photo credit: Rachpoot/MEGA)

Although Justin and Hailey have been open about their romance after marriage, the couple has been extremely private about their nuptials. After their quickie courthouse ceremony last July, which took place in New York, JB and Hailey plan to have a second ceremony for their family and friends. However, the details about that have remained under wraps, with rumors swirling that it could be happening by the end of 2019.

The couple is also focusing on Justin’s mental health. Back in March, Justin told fans on social media that he was taking time away from music to deal with “deep rooted issues.” The singer has dealt with depression and anxiety throughout the years. In April, JB hit the stage with Ariana Grande, where he teased new music, which gave fans hope that he was in better spirits!