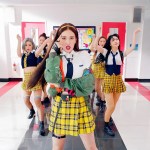 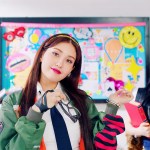 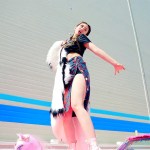 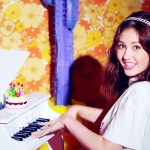 Somi has given us the best birthday gift, even if it’s not our birthday. The K-pop singer makes her official debut as a solo artist with her fun music video for ‘Birthday.’

Somi, 18, has made her grand entrance as a solo artist with “Birthday.” Somi, a.k.a. Jeon Somi, released her new song and music video on June 13. “Birthday” is the definition of fierce and fun. The music video is visually stunning, with Somi slaying in so many amazing and colorful outfits. Somi is throwing the ultimate birthday party and all we want to do is be invited.

Truly, this is the perfect song for summer. Somi’s vocals are top notch. She also incorporates some rap into “Birthday” and we’re obsessed with it. This energetic song has solidified Somi as a solo artist to look out for. Immediately after “Birthday” was released, Somi became a trending topic on Twitter. Fans couldn’t stop raving about the song. “Somi didn’t have to snap this hard but I guess she did it wow #SomiBirthdayDebut,” one fan tweeted. Another wrote, “This is totally a bop! from baby somi to queen somi real quick! Totally loving the song.”

Somi opened up about the exciting track and what it means. “‘Birthday’ is the day of birth,” she said, according to Soompi. “It also has the meaning as the day I was reborn as a solo singer. ‘Outta My Head’ is my self-composed song. I didn’t have any idea of writing lyrics and composing, but my company producers helped me. I experienced the pain of creating for the first time.”

The singer got her start in the music industry as a member of the K-pop group I.O.I. She also came in first place in Mnet’s survival reality program Produce 101.