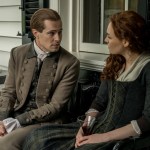 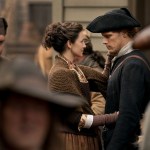 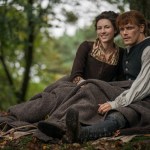 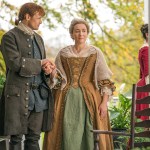 Upon the release of ‘Outlander’ season 4 on DVD, David Berry is revealing why Lord John Grey being gay is ‘the most relatable thing’ about him.

In season 4 of Outlander, Lord John Grey returned to, once again, save Jamie (Sam Heughan), Claire (Caitriona Balfe) and their family in more ways then one. At the same time, we also saw Claire save John, and witness the two of them finally have a conversation about his feelings for Jamie. David Berry, who reprised his role as Lord John Grey in season 4, talked to HollywoodLife.com about John’s sexuality, and that emotional moment with Claire. “I think in many ways, his sexuality is actually the most relatable thing about John,” David said in an EXCLUSIVE interview. “In the sense that we’ve all had feelings of unrequited love or we’ve all experienced that, and the pain that that can bring. I think that’s really not having exclusivity to sexual preference. That’s just extremely relatable.”

He continued to say that it was “exciting” to work with Caitriona Balfe this season. “There’s a lot of unspoken tension, so to get the opportunity to hash it out at the end, in a way that really demanded a lot of the audience, it was just two characters really sitting down and having a discussion with deeper meaning and love,” David explained. “That was a really unique and wonderful opportunity to get and something you don’t often see on a show like this. It’s a really special thing when you get to see it on T.V.”

“John is just generally a guy who sees what needs to be done and what is the right thing and the good and honorable thing,” he added, especially when it came to trying to help Brianna in season 4 of Outlander. “The things he does, like marrying Brianna or taking on Jamie’s son Willie, he doesn’t just do it for Jamie. He does it because he’s a stand-up guy. It’s what gives him his integrity, beyond his love for Jamie.”

Outlander season 4 is now available on DVD and Blu-Ray!