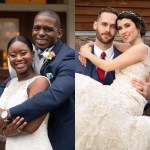 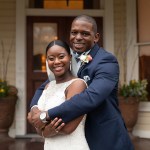 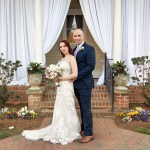 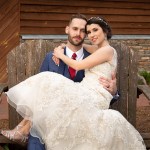 ‘Married At First Sight’ is back with a whole new cast ready to find love at the altar. Season 9 premieres June 12. Meet the couples whose journeys the show will be following this season.

Married At First Sight returns for its ninth season on June 12. The Lifetime series will first air its matchmaking episode at 8 p.m. followed by the 2-hour wedding episode at 9 p.m. For season 9, the docuseries heads to Charlotte, North Carolina. Charlotte area singles have agreed to get legally married to a stranger from the moment they first meet — at the altar. Married At First Sight’s panel of experts — psychotherapist Dr. Viviana Coles, sociologist Dr. Pepper Schwartz, and marriage counselor, Pastor Calvin Roberson — will create what they believe are four compatible couples based on scientific matchmaking and continue to counsel and mentor each set of newlyweds throughout the experiment.

The series will follow each couple’s journey from the moment they meet. From their wedding to their honeymoon to what comes after, Married At First Sight explores it all. After several weeks together, each couple must make a decision: do they stay together or divorce? The season 9 couples include a previously engaged cast member, a virgin, and more.

Gregory Okotie, 32, and Deonna McNeill, 30
Gregory was raised in a single-parent household with his sister and mother. He works as the owner of a math learning center and considers himself an entrepreneur. Gregory believes he’s a good communicator. He was previously engaged for 2 years. Deonna strongly values her family. She’s well-traveled, career-oriented, and works as an operations manager to support herself. She hasn’t dated in 10 years.

Elizabeth Bice, 29, and Jamie Thompson, 35
Elizabeth, 32, is an account executive and considers herself proficient at verbal communication. However, she can be more withheld when it comes to affection with her partner. Her parents have been married for nearly 30 years and she hopes to have the same kind of relationship. Jamie, 35, is a financial technician and yearns to travel. He believes in love at first sight. He was raised by an affectionate mother in a very close family.

Keith Manley, 27, and Iris Caldwell, 27
Keith, 27, works as a mentor/coach in his community. He believes marriage is a commitment for life and doesn’t believe in divorce. His parents have been married for nearly 30 years and grandparents who have been married for 55. Keith hopes to find the same kind of love. Iris, 27, is a non-profit program coordinator. Religion plays a big role in her life and she’s chosen to remain a virgin until married. She has no siblings and her parents divorced when she was a toddler. She believes in traditional gender roles and wants a husband who can live up to those expectations.

Matthew Gwynne, 31, and Amber Bowles, 27
Matthew, 31, is an international basketball player who has been single for more than a year. He’s looking for someone who can adapt to his schedule. He has a strained relationship with his recently divorced parents. He wants a relationship where his partner is as devoted to athleticism as she is to him. Amber, 27, is a middle school teacher who loves to travel and enjoys reading. She’s bubbly, energetic, and values her family. She has an identical twin sister. She hopes to find a husband who is just as family-oriented as she is.