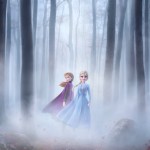 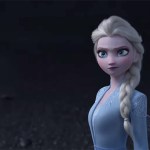 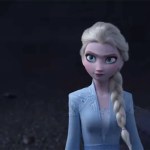 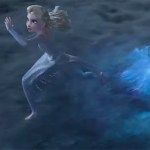 Winter is coming in the form of the ‘Frozen’ sequel. The first full-length trailer for ‘Frozen 2’ debuted on ‘GMA’ and the sequel looks incredible.

Elsa and Anna’s story is far from over. Frozen 2 will be released on November 22 and Good Morning America revealed a brand-new trailer on June 11. The latest look at the highly-anticipated sequel gives us a glimpse at what we can expect in the new movie. “Elsa, the past is not what it seems,” Pabbie tells her. “You must find the truth. Go north across the enchanted lands and into the unknown.” And that’s exactly what Elsa, Anna, Kristoff, Olaf, and Sven do. Just a day before the trailer dropped, Disney released the poster for the sequel. The poster featured Anna and Elsa standing tall in the middle of the woods.

“But be careful,” Pabbi warns Anna. “We have always feared Elsa’s powers were too much for this world. Now we must hope they are enough.” Anna, being the great sister that she is, will be there for her sister no matter what. “I won’t let anything happen to her,” Anna says.

The first teaser trailer for Frozen 2 was released back in Feb. 2019. The teaser showed us Elsa attempting to make her way across the sea using her icy powers. She’s also rocking a stellar baby blue outfit. Anna, Kristoff, Olaf, and Sven make a brief appearance as they look across at new lands with Elsa. Before the full-length trailer, plot details about Frozen 2 were kept under lock and key.

Kristen Bell and Idina Menzel are back as the voices of the beloved Anna and Elsa. Jonathan Groff and Josh Gad are also back as Kristoff and Olaf. Fans have been waiting over 5 years for the next Frozen adventure. The cast and crew have been spending years getting the story just right, so fans will not be disappointed.

Kristen teased what she could during an April 2018 interview with Ellen DeGeneres. “I know the songs, I know the story — it’s very good,” she said. “I can’t say much more than that or I’ll get in trouble.” She also added, “One thing I will say, there are a couple new characters that you will fall in love with.”