Ben Affleck, 46, couldn’t stop smiling when he picked up his daughter Seraphina, 10, and his son Samuel, 7, from their Los Angeles school on June 6. The devoted dad walked beside his two kids as they casually strolled home and he sweetly helped carry their stuff. The kids both appeared to be brining home extra belongings, likely due to the end of the school year, because Ben was carrying a big binder and what looked like art projects. Samuel proudly wore a medal around his neck as Seraphina trailed behind carrying her own backpack and lunch bag. Sadly, Ben’s oldest daughter Violet, 13, wasn’t a part of the school run.

With summer vacation about to kick off, Ben will be getting lots of extra time with his three kids — and his ex-wife Jennifer Garner, 46. Even though they finalized their divorce in October 2018, after 13 years of marriage, the former couple still spends a ton of time together — and they do it all for their kids. Whether they’re attending church services with the kids, having fun outings for ice cream, or going to their kids’ sporting events together these two are definitely co-parenting goals.

While they certainly make it all look easy, Ben and Jen put in a lot of effort to co-parent well, a source close to them told HollywoodLife EXCLUSIVELY. “Ben and Jen have done a ton of work to get to a healthy place. Ben has worked hard to become a better father and Jen has worked on things from her side too. It has been a long road, but they are all getting along really well, they have found a way to make it all work.” 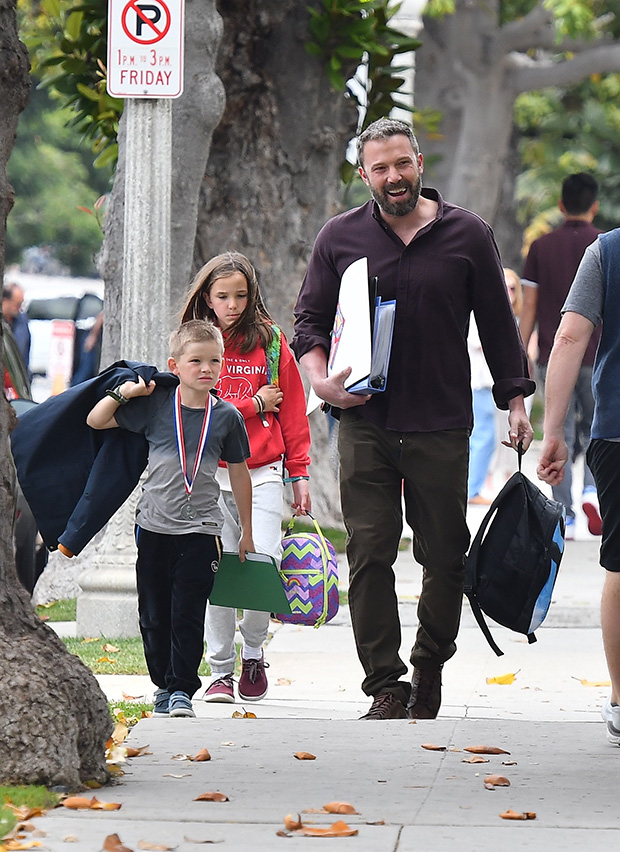 “They’ve figured out that they don’t need to be married to be a family”, the source added. “The kids love it even more when both Jen and Ben spend time together with them so that is what they try do as often as possible, share family time together.”