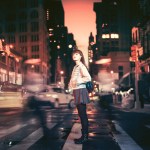 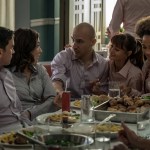 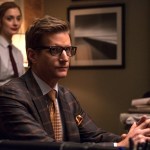 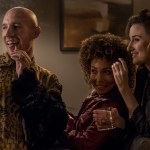 Tess is back for ‘Sweetbitter’ season 2 and she’s different. The first look at the next chapter of ‘Sweetbitter’ has arrived and the second season is just weeks away.

“You’re different,” Jake (Tom Sturridge) tells Tess (Ella Purnell) in the opening moments of the Sweetbitter season 2 trailer. “Different from what?” Tess asks. He replies, “Than you were before.” Tess is no longer an innocent little bird. She’s acclimated to New York City and has learned the ropes of the restaurant. She’s learning and desperate to live her life to the fullest. “I want to try everything, learn all the streets, find secrets spots,” Tess says to Simone (Caitlin Fitzgerald). New York City is Tess’s own oyster. But Manhattan can make or break you.

There’s still an undeniable connection between Tess and Jake. “I’m drawn toward something irrational,” Tess admits. Tess and Jake can be seen passionately making out in the back of a cab. The official season 2 synopsis says that Tess’s appetite “carries her through a sexual awakening, a discovery of her voice, and, ultimately, a recognition of her own power. However, not everyone shares this hunger. Simone, Jake, and Howard (Paul Sparks) are all trapped, by both the restaurant and each other, leaving Tess to question what she wants from the restaurant, and what it wants from her.”

All of your favorite characters from Stephanie Danler’s best-selling novel are back another round of fun and incredible wine. The second season will also peel back the layers on Simone, who seems so calm and collected all the time. There’s a darkness to her, as Sweetbitter book readers know. “I know that people tend to underestimate you,” Simone says to Tess. “I do not.”

Season 2 of the half-hour original series will return July 14 on Starz and StarzPlay. Evan Jonigkeit, Eden Epstein, Jasmine Mathews, and Daniyar also star in the series.