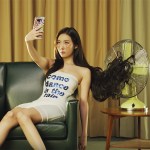 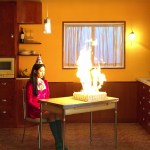 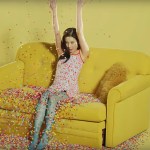 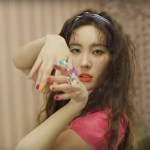 Sunmi stands in solidarity with the LGBTQ+ community! While the K-Pop singer didn’t elaborate on her own sexuality, Sunmi’s fandom is now debating if the singer came ‘out.’

Just in time for Pride Month, K-pop singer Sunmi made an important confession: “I have many different sides of me…like dorky and LGBT queen!” The 27-year-old idol said this to a round of thundering cheers at the Amsterdam stop of her Warning world tour on June 4, and she continued, “…And a bright side of me and a dark side of me, yeah. There are sides of me I know very well, like I just said. And sometimes there are times when I don’t know myself well. So sometimes I wonder other things about me.” Sunmi even yelled “Happy Pride!” at one point during the concert, and proceeded to wrap herself in a Pride flag (a gift from a concert attendee).

With the self-appointed title of “LGBT Queen,” fans had questions! “WAIT DID SUNMI REALLY COME OUT OMG OMG,” one fan tweeted, while another person wrote, “WAIT DID SUNMI COME OUT??? IM REALLY CONFUSED ON WHAT SHE JUST SAID.” But a majority of Sunmi’s fans were just proud of their idol’s shout-out, especially while allies in South Korea fight for more rights for its LGBTQ+ community (same sex marriages are not legally recognized in the country).

“Whether she was referring to herself being part of the community or just being an ally, sunmi is so brave for openly talking about it and either way she’s still on our side 💗,” another fan pointed out, and a fourth fan echoed that thought, tweeting, “i’m so proud of sunmi i literally felt shivers down my spine, my god. she’s helping A LOT the korean lgbt community, i hope she knows she did an amazing thing for herself and for all the people who’ll feel encouraged to come out and live happily.”

I’m fucking shaking- Sunmi-
Whether she came out or not this is still HUGE and I am so freaking happy I can’t even process this ✨😭
pic.twitter.com/rorizBovyU

The former Wonder Girls member’s vocal support towards the LGBTQ+ community comes just three days after the Seoul Queer Culture Festival, a week-long event, kicked off on June 1! This isn’t the first time Sunmi has stood in solidarity with the marginalized community, as she also proudly held up a Pride flag at a concert in March.