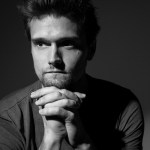 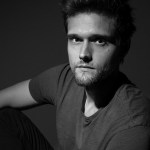 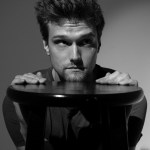 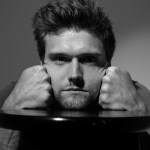 ‘The Flash’ will return for season 6 in the fall of 2019. HL spoke EXCLUSIVELY with Hartley Sawyer about his hopes for Ralph in the upcoming season, what it’s been like fleshing the character out, and more.

The Flash just ended its incredible fifth season in May 2019 and now fans are looking ahead to season 6. The show remains one of the most popular and beloved shows on The CW. The fantastic ensemble cast includes Grant Gustin, Candice Patton, Danielle Panabaker, Carlos Valdes, Jesse L. Martin, Hartley Sawyer, and more. Hartley joined the show in season 4 as Ralph Dibny, a.k.a. Elongated Man. Ralph has become a crucial member of Team Flash and a fan favorite.

Hartley stopped by HollywoodLife’s New York City studio to talk about all things The Flash. He revealed that he would like to see Ralph explore a possible romance next season. Hartley believes Ralph is mature enough for it now and he’d love to see where love might take his character. He also teased — what he could! — about the upcoming Crisis on Infinite Earths crossover event. Check out our Q&A below.

What are your hopes for Ralph next season?
Hartley Sawyer: You know, I think he’s getting pretty ready for some kind of a serious relationship. I think with Ralph, if he’s around long enough, all roads lead to that eventually and I think we’re going to see him really start to explore that next year. That’s my hope and that’s my feeling. And also the detective thing is going to come in more, too, which we played with this season and in the finale. In the penultimate episode we found out that Ralph was the guy who figured it all out. He knew. His instincts were on and he figured it out and I think now there’s going to be that confidence that he has going forward.

What’s it been like for you to join this show and have such an amazing response from The Flash fans. They’re so passionate and so loving towards the cast. What’s it been like for you to sort of really jump into that?
Hartley Sawyer: You know, I didn’t think about it at the time when I started, but in hindsight, it was a little intimidating. I was aware that this was a mega-successful show that had a tremendous and passionate fan base. It was this whole big world and my goal was to do my thing but make it fit into that whole world. I feel like that all turned out well and my interactions with the fans have all been really, really great. They love this show and one of my favorite things is the family aspect of things on the show. I meet a lot of families where this is what they do together on Tuesday nights. They watch the show. The kids, the mom, the dad, and they all do it together. I feel like it’s a very special thing.

I feel like that’s rare these days. There’s so much content, too, and to have that sort of community is really special.
Hartley Sawyer: I agree. It’s rare these days that people gather around the TV set to watch something that I think by and large has a positive message and kind of encourages people to follow what they’re good at. The nerds are always saving the world on The Flash. That’s one of the things I love about it.

What’s it been like for you to really dive into Ralph and really get to know him and become him and evolve with him over these past two seasons you’ve been on the show?
Hartley Sawyer: I love him. It’s my favorite job that I’ve ever had. He’s so much fun and one of the things that I love about playing Ralph is I get to do a little bit of everything. From a full-on walking cartoon character to the guy giving the heart-to-heart to Cisco or something like that, I love that I get to play that full spectrum of things and it’s been really fun to keep him rooted in who he is and who he was when we first met him but mature him and grow him. The way that he is now and had been in season 5 is how we all kind of saw him being anyway when I started this show. We talked about that. But we wanted to start him way back where he was so he had that room and that length to grow into that and kind of go through a really nice arc and fill him in and color him in.

In a show as big as The Flash, these characters are all extremely fleshed out. So it’s important to do that with any new major character that you’re introducing.
Hartley Sawyer: Yeah. And one of the questions I get asked about is the detective thing and also the romance thing and the Sue thing comes up a lot. A lot of people I think were wondering why we didn’t start that stuff sooner. It’s like if he had come in and been a full-on fantastic detective that he will be and is becoming and has become to a large degree and just had Sue with him, there would be no room to grow. And that’s character equity for me and that’s what keeps me coming back to the shows that I love and I think keeps people coming back to this show. A great example is Iris and Barry dealing with Nora this season. You couldn’t have that in season 1, 2, 3, or even 4. You had to have that room and that length to grow and that’s what keeps people coming back and people excited.

There’s another huge crossover event — Crisis on Infinite Earths — coming in the fall. Is there anything you can tease about it?
Hartley Sawyer: I know pretty much as the fans know because they’re sorting all of that stuff out right now. My understanding of it is that this one that’s coming up next year is I believe going to be the crossover to end all crossovers. It’s my understanding this is going to be the biggest crossover that we’ve ever done. There’s going to be a lot going on.

With the Arrowverse being as big as it is, it’s hard to be in scenes with everybody. Is there anyone in this upcoming crossover that you would want to share more scenes with or you think would be a really good interaction for Ralph?
Hartley Sawyer: There’s a couple that would be really fun. I mean obviously, this will never happen, but I don’t know why Superman would be in a car anyway, but I would love to see Ralph and Superman on a road trip, like in a car for five hours. What would they talk about? Where would it go? Or Batwoman… I would love to see those two characters together. There’s such a juxtaposition there that would be so much fun to play off of that I think it would be so much fun.

Is there anything you would want to dive into in season 6 and beyond? Is there anything that you want to see with him besides romance?
Hartley Sawyer: Well, I think what I really like about the “romance” thing is that the idea of relationships can be a mirror held up to anybody and what does that bring up for him and what does that bring out in him. There’s some stuff in the comics with Sue and Ralph where they go really, really deep into that and I don’t know when exactly we’re going to see and if we’re going to see Sue, but in terms of him getting out there and dating and falling for somebody, I would love to see how he takes that on. Maybe he gets his heart broken. Maybe he gets disappointed. How would he deal with that is something that’s really exciting and interesting to me. Now that he has more confidence because the family support of Team Flash has given him this confidence to kind of mature and grow into who he was always going to be.

Danielle Panabaker recently directed an episode. Is that something that you would want to do?
Hartley Sawyer: Now that she’s done it and that was a really inspiring thing for me, to see her work so hard to educate herself and saturate herself in the process. And then go out there and do it and do it with such confidence and be so prepared with such an amazing demeanor that it still intimidates the hell out of me. But more than ever I’m like, ‘Oh man, I might want to try that.’ But I need to educate myself a lot more to see if I can really pull that off. If I’m going to do it, I want to do it right.