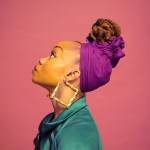 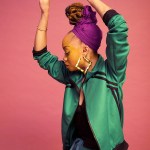 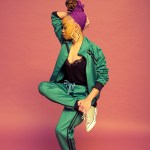 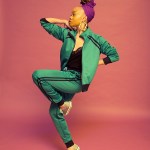 After months of illness & complications, while also running a company & choreographing a Broadway show, Camille A. Brown reveals how her hardship helped shape her Tony-nominated work in ‘Choir Boy.’

Camille A. Brown had just turned 37 when she endured two appendix ruptures, four hospital visits, two surgeries, a PICC line over the course of a year and a half. At the same time, the blossoming choreographer was working on Broadway’s Once On This Island, Jesus Christ Superstar Live, plus the third installment of her company’s trilogy about company’s trilogy about culture, race and identity, ink. “People asked, ‘Well, why didn’t you tell anybody?’ I was like, “Oh, no, I did. I told my friends and my family and my community,’ but I also know that it’s a business and I didn’t want people to base their critique of my work on my health,” Camille explained in an EXCLUSIVE interview with HollywoodLife.com. “That experience really taught me about leadership. I am a choreographer, I direct my own company, and I have a leadership coach. I’ve had one since 2015. It’s really important for me to keep growing, be the best communicator, leader, and example for my dancers.” She continued, “During this moment, I learned that when you’re looking for dancers, you need to be looking for people who are able to take the baton when you can’t, and move forward and be a representation of who you are. So all of my dancers are leaders, and that is so meaningful.”

Camille took the choreography reigns for Choir Boy in August 2018, shortly after she was nursed back to her full health. Written by Moonlight‘s Tarell Alvin McCraney, the play tells the story of the Charles R. Drew Prep School for Boys and one young singer who has been waiting for his chance to lead the school’s legendary gospel choir. Camille revealed that she was given ten days to create the choreography for the show, for which she has since been nominated for a Tony Award. “Every choice that I made, it had to stay. So in a sense, I had to make a “right” choice every time,” she explained. “Intention is very important to me, so the first thing that I asked the guys was, ‘How do you feel about singing these songs?’ Then we unpacked what the songs meant and meant historically, but then also what it means to them and their approach to being black men in 2019.”

Camille was inspired by the spirituals in the play and looking at the performers’ bodies while hearing them sing. “Step and South African gumboot and the riffing on Juba was something that just popped in my head,” she revealed. “I thought, ‘Wow, these are nine black men, and it just reminded me of a community, a fraternity.'” Luckily for Camille, the men were “amazing movers,” allowing her to “to push further than normal plays because of their brilliance.”

“To me, choreography is not just about taking these steps and putting it together. It’s really about having this collection of information, and then how do you riff on that?” she continued. “, I’m a black woman, and I’m putting something on black men, but I connect it to my cousin, who is 20 years old. There’s always something that you can reach to in order to have a root and a base, and once I find that base and intention, and then also allow the stories of the actors in the room, then we move together.”

Camille concluded, “I think the fact that Choir Boy has received a Tony nomination for Best Play and Jeremy for Best Actor, and people are really being acknowledged, just speaks to how powerful telling our own narratives from our perspective really is.