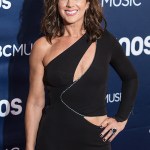 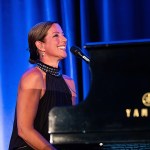 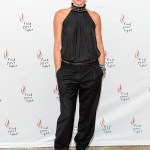 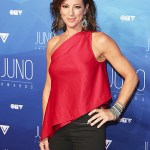 Sarah McLachlan is one of the many artists, including Toby Keith, who will take the stage during tonight’s season 16 finale of ‘The Voice’. Get to know her better before her performance!

Sarah McLachlan, 51, will perform on the second and final night of The Voice‘s two-part finale on Tuesday night. Before the season 16 winner is crowned, the Canadian singer will take the stage to entertain a packed audience and viewers from all around the globe watching at home. Sarah will perform a duet with Maelyn Jarmon, who is one of the show’s finalists, of her 1997 hit, “Angel”. Other stars who will take the stage include, Toby Keith, Hootie & the Blowfish and Travis Tritt. — Check out five fast facts about Sarah, below!

1. Sarah McLachlan is a Canadian singer, songwriter and humanitarian. — Born on January 28, 1968 in Halifax, Nova Scotia, Canada, Sarah was placed with the McLachlan family, who later legally adopted her. She began playing musical instruments when she was a toddler, specifically, the ukulele. Sarah went on to study classical guitar and piano, along with voice at the Maritime  Conservatory of Music. Sarah is known for her pop/rock sound and her emotional ballads. Not only can she sing, but Sarah can play the piano, keyboard, guitar, banjo and harp. In 2012 she was inducted into Canada’s Walk of Fame.

2. She was offered a recording contract at age 17 while she was still in high school. — While she was still a student at Queen Elizabeth High School in Halifax, Sarah was the lead in a rock band, The October Game. After the band’s first concert, which took place at Dalhousie University, where they opened for Moev, she was offered a recording contract by Nettwerk — a Vancouver-based independent record label by Moev’s Mark Jowett. Sarah signed with the label two years later.

3. Sarah’s sold over 30 million albums worldwide. — Her best-selling album is Surfacing (1997), for which she won two Grammy Awards (out of four nominations) and four Juno Awards.

4. She is a dedicated humanitarian. — Sarah funds an outreach program in Vancouver that provides music education for inner city children. The Sarah Maclachan Music Outreach program later developed into the Sarah McLachlan School of Music, a free music school for at-risk youth, in 2011.

5. Sarah is a mother. — Sarah married her drummer, Ashwin Sood in 1997. She gave birth to their daughter, India Ann Sushil Sood in Vancouver on April 6, 2002, while she was working on her album, Afterglow. She gave birth to the couple’s second child, a daughter named Taja Summer Sood, also in Vancouver, on June 22, 2007. The singer announced her separation from Ashwin in September 2008. The pair divorced that same year.