No one expected Robin Arryn to show up in the Game of Thrones series finale, but we’re glad he did. Robin is no longer that annoying boy from the Vale. The Lord of the Eyrie, the head of House Arryn, the Warden of the East, and Defender of the Vale is a man now! Robin, played by Lino Facioli, 18, is also grown up and rocking some very princely hair. Lysa Tully would be so proud of her boy.

Lino was just 11 years old when he made his first appearance as Robin Arryn on Game of Thrones. His first scene was definitely a memorable one. When Catelyn Stark went to see her sister, Lysa, at the Vale, she was shocked to see that Lysa was breastfeeding Robin in front of her. At the time, Robin definitely wasn’t an infant and was way too old to be breastfeeding. The last time Robin Arryn appeared on Game of Thrones was back in season 6.

Robin Arryn traveled from the Vale to King’s Landing with Lord Royce to be a part of a council that was made up of the heads of the remaining Houses of Westeros. Robin and the other members of the council chose Bran Stark as the new King of the Six Kingdoms. Sansa negotiated that the North would remain an independent kingdom from the rest of Westeros, knocking the Westerosi kingdoms down to six. 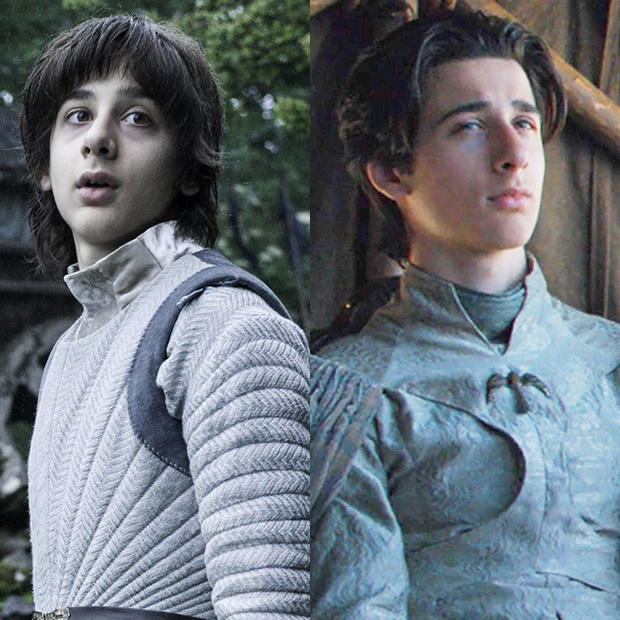 In addition to acting, Lino is a talented artist as well. He frequently posts his artwork on his official Instagram page. His Instagram bio has the most hilarious caption: “Its me Lino Facioli, aka that weird kid on Game of Thrones.”

Related: Kit Harington & Wife Rose Leslie: A Look Back At Their Romance From ‘GOT’ Start To Now