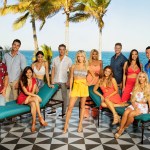 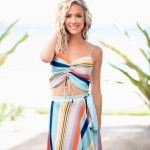 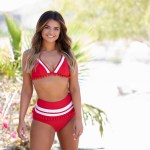 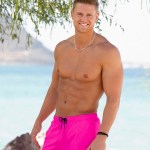 Kristin Cavallari couldn’t be happier with her new hosting gig on FOX’s competition reboot, ‘Paradise Hotel’! She took HollywoodLife inside her new job, which she says keeps her on the edge of her seat!

Despite having her own E! reality show, Kristin Cavallari, 32, is cementing her name even deeper in the reality TV show circuit — this time as a host. Fifteen years after she rose to fame on MTV’s Laguna Beach, Kristin is now hosting FOX’s Paradise Hotel reboot, and she gushed over her new gig exclusively to HollywoodLife. “I have never done a show like this, so I was honored that FOX even approached me about it. I really do love hosting,” the Uncommon James founder said. “I have done a lot of stuff for E! in hosting the last few years and this was a really good opportunity for me.”

Although she was totally up for the job, Kristin had a few questions for the network now that she’s a mother of three. “The first question I had, honestly was, ‘Where does it film and how long will I be gone?’ Because my kids are my number one priority. So, for them to not be able to come and be with me was a deal breaker,” the designer explained, noting that everything worked out in the end. “So, my kids are here [on set],” she said. “I am in between [filming] two things with ‘Very Cavallari’ and this. But, everything just aligned for me to do it, and I am so happy. I am having the time of my life! This show has been so much fun to have a front row seat to, so I am really enjoying it,” Kristin explained.

The Nashville native had a good laugh when asked about if she would ever participate on Paradise Hotel as a contestant — if she didn’t have such a doting husband in Jay Cutler, of course! “I don’t think so!”, she admitted, but, she will be glued to the television when the show is on. “I’ll absolutely have a good time watching everybody else being here. This is the best of both worlds [for me] without being a part of it and to compete,” Kristin said. “I just think competing on a dating show would be very stressful. I don’t think I could ever do it.”

FOX’s Paradise Hotel is an unscripted dating competition series where sexy singles try to remain in paradise at an exclusive tropical resort for as long as possible by pairing up. Each week, one single will leave the hotel to make room for a brand-new guest. There’s a big money prize for the winner of the competition show, which airs every Thursday at 8 PM ET.

Paradise Hotel first aired on FOX in 2003, and became and instant hit in more than 18 countries. Now, in the reinvention of the hit series, viewers can play along at home using social media to try and influence the action on the show. Check out the rest of our exclusive interview with Kristin, which was condensed for the purpose of this article.

What has surprised you most so far with this show, and what twists and turns have happened that have excited you?

KC: I would say that I am probably so invested in the show and even a lot of the cast. I didn’t know what to expect coming here, but I am rooting for these people and some of these people have really fallen for each other. They are really playing the game well. So, we will see obviously if it hasn’t happened already or even sooner see. I am all in. I am really on the edge of my seat and I am assuming that the audience at home that everyday something new happens and there will be unexpected twist and turns in paradise that they will be all in too. But, I am locked in and I am all in. I am really having a good time.

Do you think it’s easier to find love on a TV show?

KC: I think it would be extremely difficult to find love on a TV show because number one: It is not something that you would know if the intentions are pure. I think that is the biggest thing. I mean, you are going on a TV show, there are other motives there — I think other than finding love, so I think it is hard to trust somebody!

‘Paradise Hotel’ has the ability to go in many different directions. Is there something the show will never be?

KC: It is hard to say because there is something new everyday. We had an elimination the other night that I didn’t see coming, so you never know what is going to happen. So many twist and turns. So many people are emotional and people are starting to unravel and it truly is a thing where anything can happen.

For those that are just learning about ‘Paradise Hotel’, what will they fall in love with first, which will force them to continue to watch until the end?

KC: I think they are going to fall in love with the game because ultimately it is a game. It is a game based on emotion, which is a very tricky thing. But, you do get invested in these people and you start rooting for people. But, you are constantly sitting there going, ‘Are they fooling me too?’ You just don’t know and you won’t know until the finale. I think you will be on the edge of your seat the whole time. It makes it really fun. The show has everything — all the drama and charm. It’s set in a gorgeous environment, so its really fun to watch! [Editor’s note: Kristin also revealed that her second cookbook for her brand, Uncommon James is slated for release in 2020.]