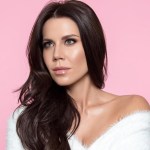 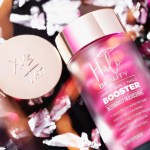 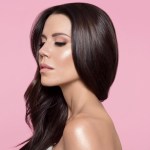 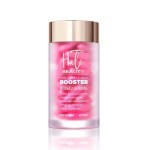 Tati Westbrook dropped a new YouTube video, where she apologized to James Charles, as she says their feud has gotten ‘dangerous.’ She revealed she does not hate James, and offered to meet him in person to talk through things!

Tati Westbrook, 37, is waiving the white flag in her ongoing feud with James Charles, 19. The beauty guru released an emotional video, titled “Why I did it…” on May 16 (which she filmed the day prior), where she called a truce with her former mentee. In the 18-minute video, which explains why she called out James in the first place, Tati admits that she does not hate James. Tati also claims that her words have been misconstrued in stories reporting the situation. Watch the full video, below.

“I want you guys to know that I don’t hate James Charles. I don’t want you guys hating on him,” she says at the 5-minute mark. “I can’t even go online right now. It’s painful to watch someone the you’ve care about be dragged and to know that this all started because of me, and I don’t think anyone deserves that. I think people deserve a wakeup call, and people need to be called out for their actions, and I think someone’s gotta do it and I hope that this inspires more conversation for parents to talk to their kids because we’re losing that,” she explained. “We’re out of touch with what they are watching and emulating and that’s a big button for me. I think there’s a behavior there that’s dangerous. But, the story spun in so many directions with words I never used. I was trying thorough YouTube to meet with James tonight, it’s Wednesday [May 15] when I’m filming this. I wanted to meet in person in a safe space at on elf  the Google offices and just try and talk through things,” she continued.

“I still feel like I need to distance myself from the relationship and I don’t think it will be repaired,” Tati says before she is forced to pause, as she’s overwhelmed by tears. “F–k,” she added, as she continued to cry. “I wanted the opportunity, face-to-face, to tell him that I don’t hate him. I love him. I don’t think the the’ll get that fora really long time and i don’t think anyone will,” Tati admits.

Tati goes on to explain how the ongoing rift between her and James has become “something bigger” than what she had anticipated. “I don’t want you guys to subscribe to feel bad for me or sorry for me,” she says, noting, “This whole thing is not about me.”

She continued: “It’s something else. It’s something bigger. I don’t need team Tati. I don’t need any of that. But, from multiple conversation of things I’ve heard and things that have been shared with me through my community, it’s respect, honestly, and behaving in a way that I just do not agree with. I think that someone owed him to say something, because I think the message was heard. There is no celebration in what’s happening and if I can give all of the new success back and the new subscribers back, I would. That’s not why I did this. I’m going to do what I can to move into happier times.”

Before Tati shared her latest video about the situation on May 16, James posted an apology video to his YouTube channel. In the 8-minute video, a tearful James addressed a slew of issues that have been brought up throughout the feud, and admitted that he is “so disappointed” in himself.

Fans of Tati will know that the explosive feud between her and the 19-year-old YouTube star began on May 10, when she called him out in a video titled, “Bye Sister…” In the video, Tati accused James of betraying their friendship — particularly over the fact she felt hurt that James promoted SugarBearHair gummy supplements while he was at the Coachella music festival. Tati supporters know that she is the founder of the product’s competitor, Halo Beauty supplements. Therefore, she was upset that James, a person she mentored and helped launch his career, stood behind her business rival.

“It wasn’t just about vitamins or Halo, it was just about being lied to and feeling disrespected,” Tati further explained in her initial video. “And you know, James Charles had nine days after Coachella to talk to me. He knows where I live, it’s not far from him. He could’ve come face-to-face and chatted with me, because he knew this would hurt me.”