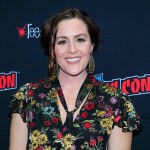 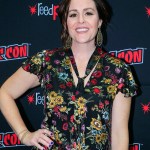 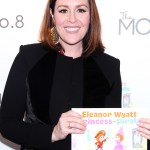 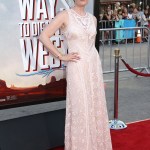 Rachael MacFarlane has returned with another timely children’s book, this time, inspired by her father’s ‘phenomenal sensitivity!’

Rachael MacFarlane is well-known for her voice over work in her brother, Seth MacFarlane‘s shows American Dad! and Family Guy, as well as Sofia The First, The Orville and many more! However, in recent years, inspired by her two young daughters, Rachael has turned to writing children’s books to help challenge stereotypes and promote acceptance in this day and age. Her latest release, Harrison Dwight: Ballerina & Knight, challenges the ever-present topic of toxic masculinity. “We thought, this is a topic that really still needs to be looked at and if we can create a children’s book that is bright and fun about a little boy who feels his feelings with pride, who loves pink, loves purple, loves to dance, is very sensitive and emotive, it could be a really great opportunity not only for kids to be exposed to this idea at a young age but also, eye-opening for parents,” Rachael said in an EXCLUSIVE interview with HollywoodLife, on the topic of the children’s book that is illustrated by her husband, Spencer.

“There’s such a buzz phrase right now about this toxic masculinity and that is for a reason,” she continued. “But so much of what we see in terms of violence, school shootings, I feel like it can be traced back to just that complete and utter suppression of emotion and who you are. Spencer and I are just trying to tackle these things in a small way in the form of children’s books to introduce these concepts at an early age.” Rachael dedicated Harrison Dwight: Ballerina & Knight to her father, who she revealed was a major inspiration for the character. “While my dad was a very classically masculine figure — he built our house by hand as a child, carved every timber and was sort of a Connecticut mountain man — he was also phenomenally sensitive and emotional,” Rachael revealed. “He never shied away from letting us see him sad or cry or be moved by something or just be melancholy or just a whole array of emotion, whereas my mother was much tougher and she wasn’t as emotional.”