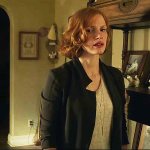 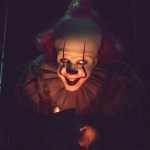 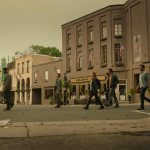 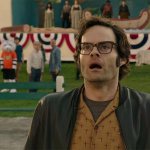 Pennywise is back with a vengeance. But the Losers’ Club, now all grown up, is not going down without a fight. The first ‘It: Chapter 2’ trailer is going to scare you right into next week.

Pennywise brings the Losers’ Club back together after 27 years. The gang is all grown up now but that doesn’t make Pennywise any less terrifying. The first It: Chapter 2 trailer, which dropped May 9, featured Jessica Chastain as the adult Beverly, who comes home to Derry and visits her old childhood home. The longer she stays with the elderly woman, the more she realizes that something is not quite right. “No one who dies here ever really dies,” the woman tells Beverly about Derry. Beverly soon discovers that Pennywise is definitely NOT dead.

The rest of the Losers’ Club comes back to Derry as well to take care of Pennywise once and for all. They are haunted by their pasts, but they vow to stick together. It’s the only way to defeat the dancing clown. The end of the trailer features a young girl who spots a pair of white gloves in the darkness. Pennywise’s sinister face comes into view. “Hello,” he creepily says.

“Witness the end,” the tagline for the movie reads. Getting to the end is going to be one terrifying ride. At one point in the trailer, Pennywise begins to scratch off his face. It’s disgusting.

In addition to Jessica, James McAvoy stars as Bill, Bill Hader as Richie, Isaiah Mustafa as Mike, Jay Ryan as Ben, James Ransone as Eddie, and Bill Skarsgård returns to the role of Pennywise. Andy Bean plays Stanley, and reprising their roles as the original members of the Losers’ Club are Jaeden Martell as Bill, Wyatt Oleff as Stanley, Sophia Lillis as Beverly, Finn Wolfhard as Richie, Jeremy Ray Taylor as Ben, Chosen Jacobs as Mike, and Jack Dylan Grazer as Eddie. The highly-anticipated sequel is set to be released Sept. 6, 2019.